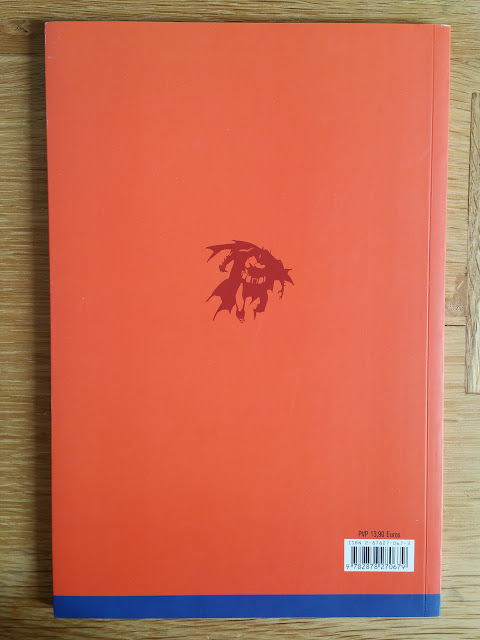 This article deals with the French black and white paperback edition of Batman Sanctuaire, including  Batman à La Lueur des Réverbères, published by Rackham in 2004 (ISBN : 2-87827-067-3, 10 x 6.5 inches or 25 x 17 cm, 74 pages, 13.90 € cover price). These stories were first published in the USA as Batman Legends of The Dark Knight #54 (Sanctum) in 1993, and Gotham By Gaslight (An Alternative Tale of The Batman) in 1989.  Gotham By Gaslight was first translated in French by Comics USA publishing in 1990, with another title Appelez-moi Jack! (and a different translation). This B&W edition seems to be an exclusive for the French market. A picture below is for size comparison with the original Batman LOTDK original comic, and the 1990 French edition. 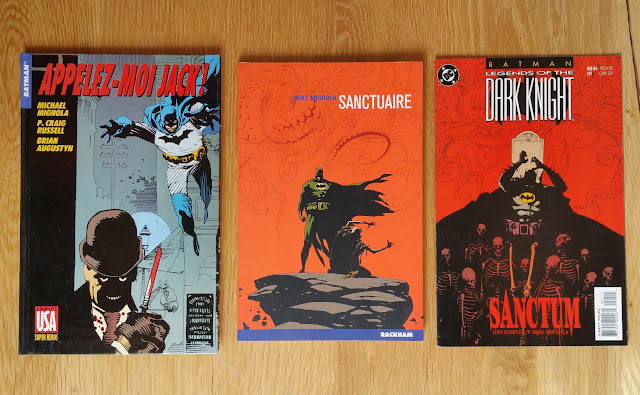 This softcover B&W edition features jacket flaps over the end papers. Original covers, as well as the advert illustration used for the 1990 French edition, are not featured in this edition. 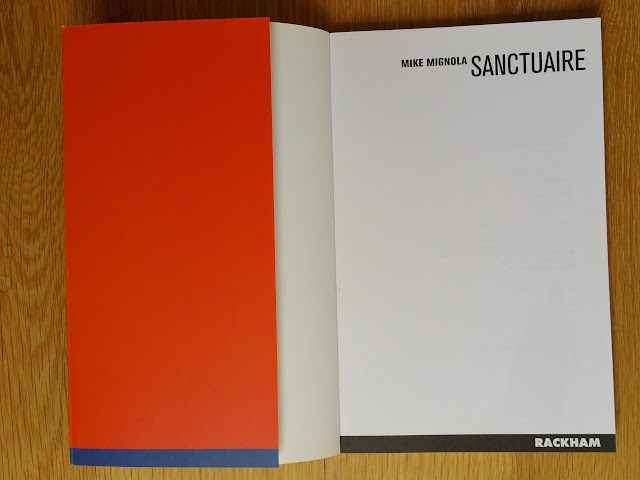 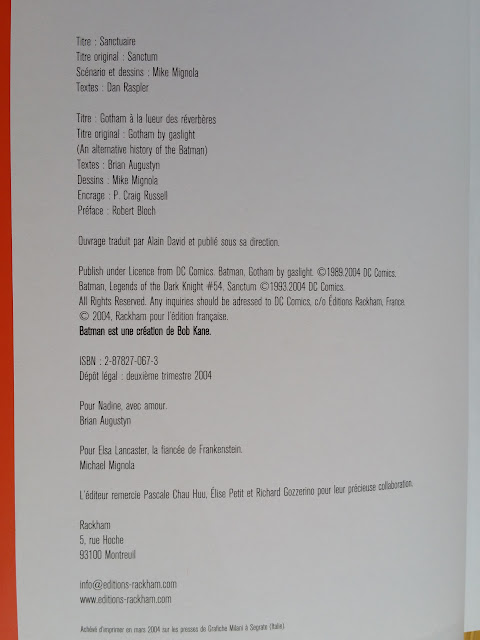 The art for the 25 pages Sanctuaire/Sanctum story (that has a very strong Hellboy universe feeling) is drawn and inked by Mike Mignola alone. A picture below is for comparison between the original comic, and this B&W edition, and of course some narrative information are lost without the coloring (here the blood on the tombstone). 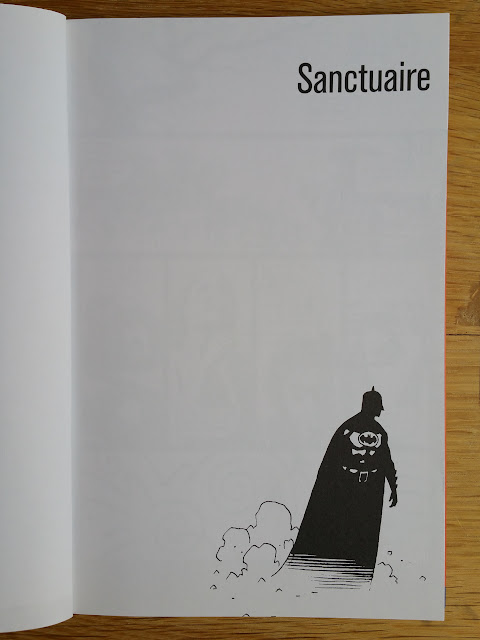 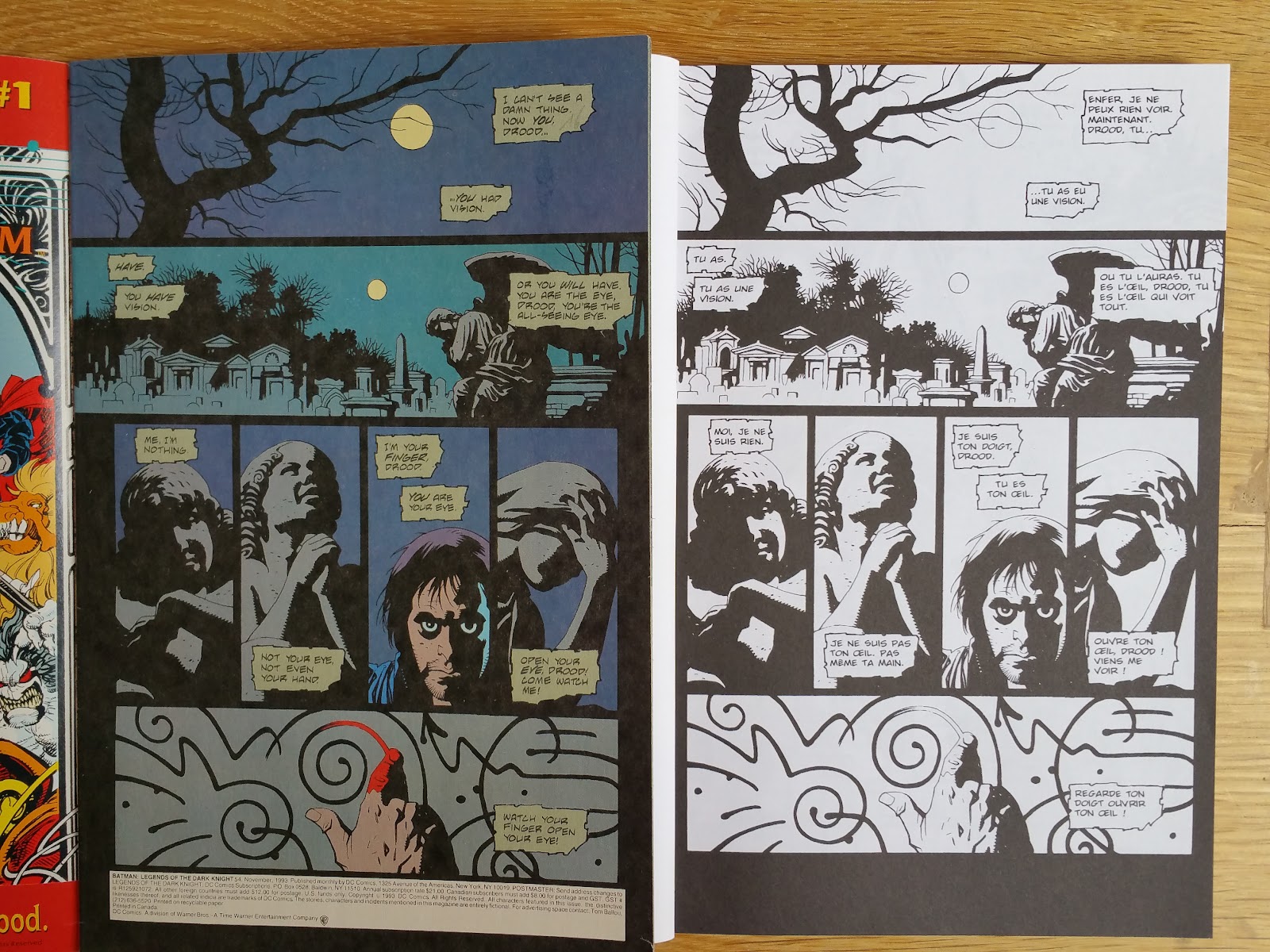 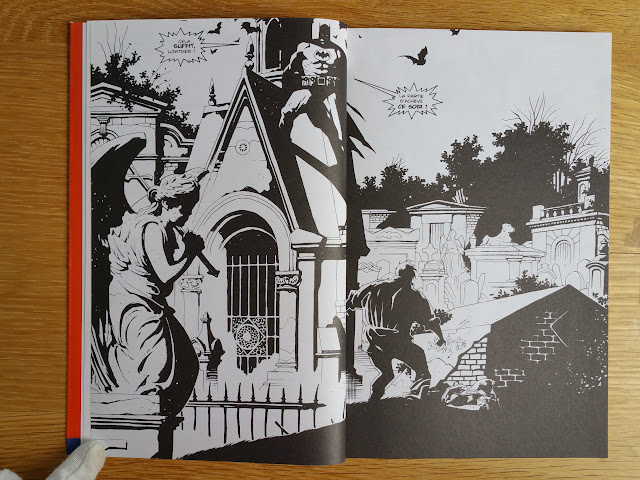 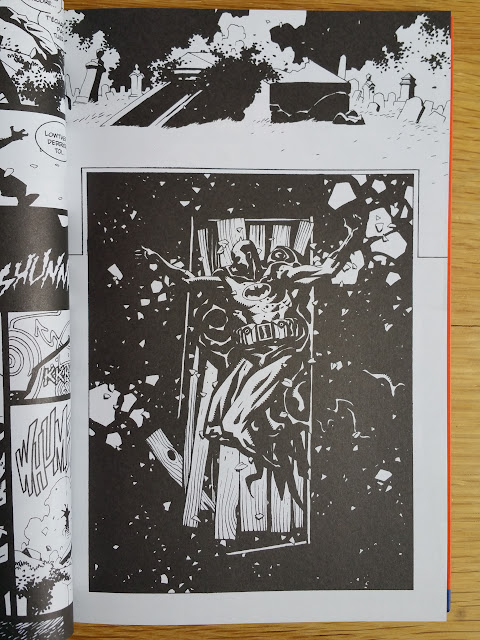 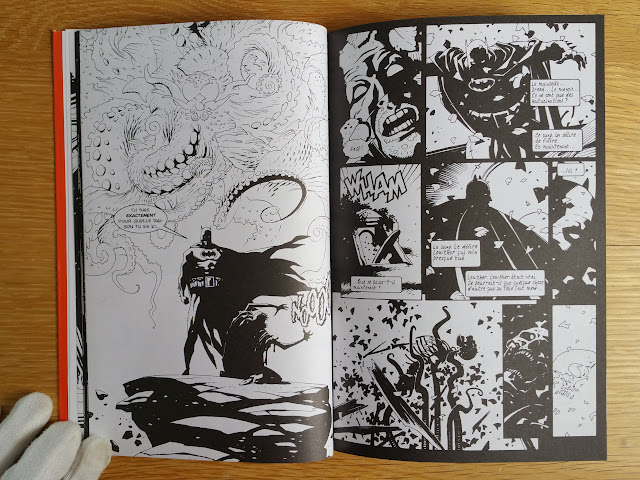 The 47 pages story Batman à La Lueur des Réverbères/Gotham By Gaslight, is introduced by a Robert Bloch text on Jack The Reaper, From Hell, originating from the 1989 US edition, but not included in the French 1990 first translation (I don't own further French editions published by Panini or Urban). There is a picture below for comparison with the French 1990 colored edition that was not very well printed in term of colors . The style of P. Craig Russel inks is often recognizable on Mike Mignola pencils, but fits very well with it. 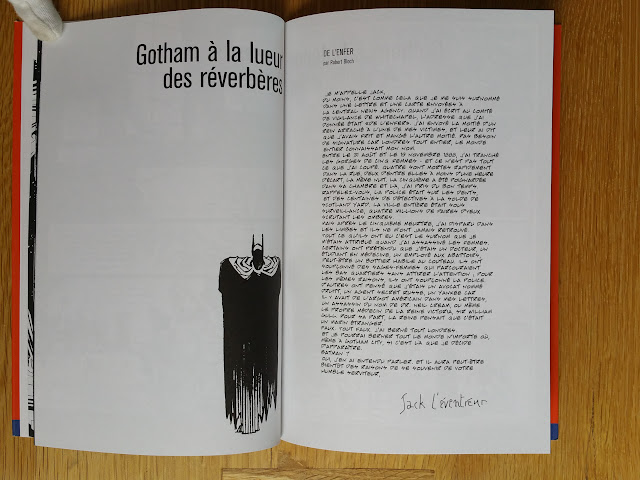 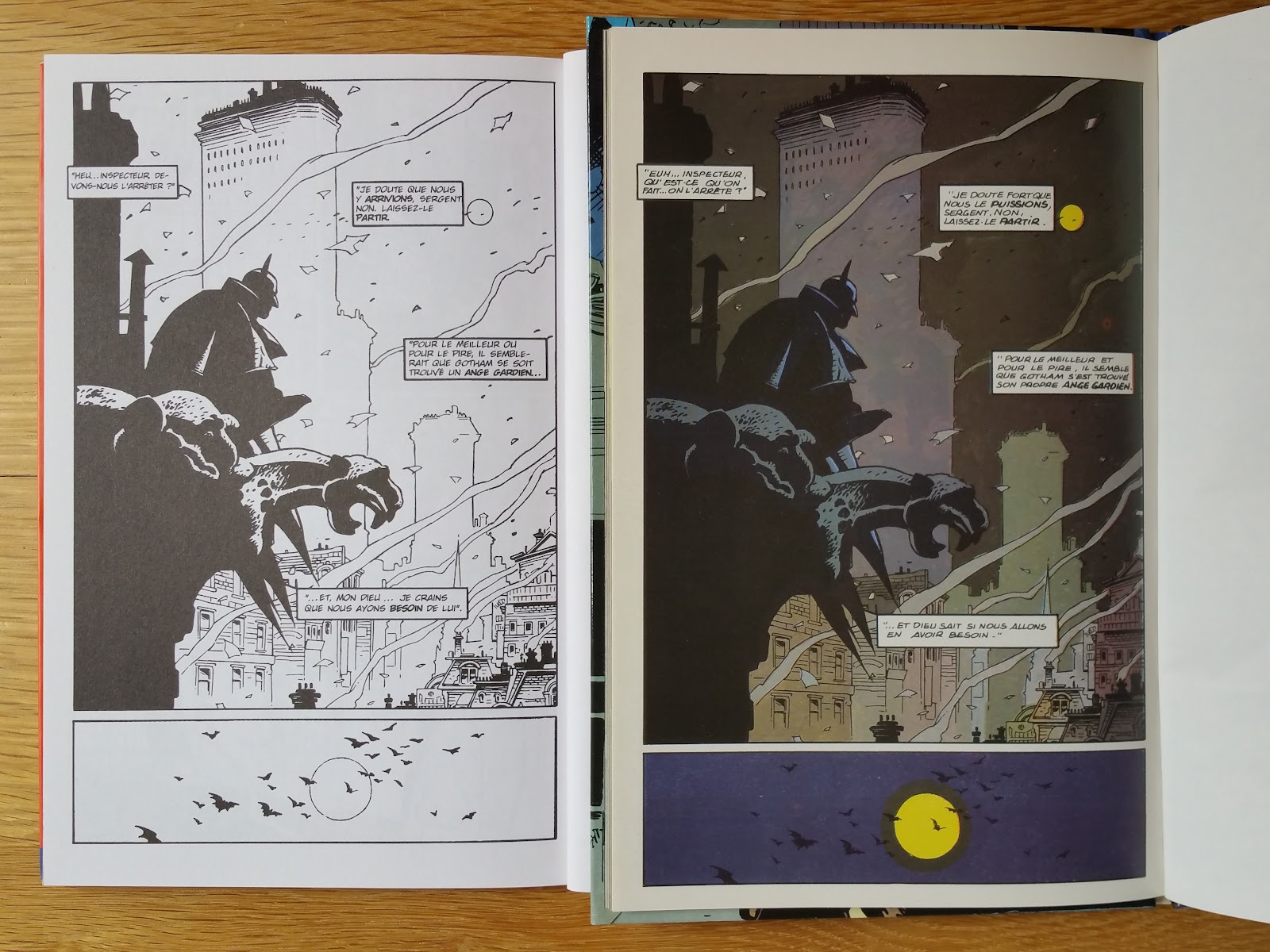 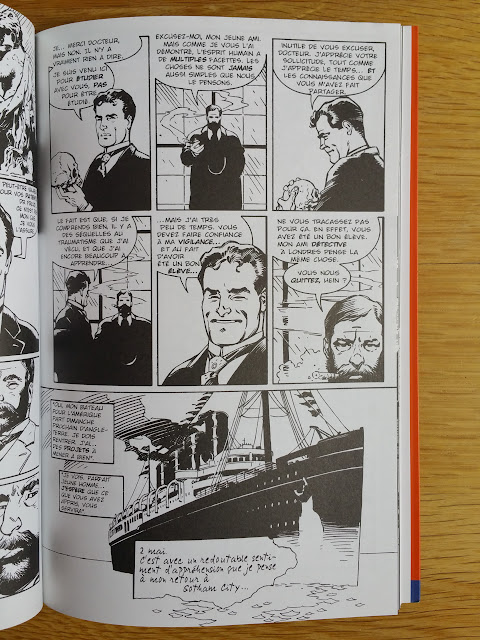 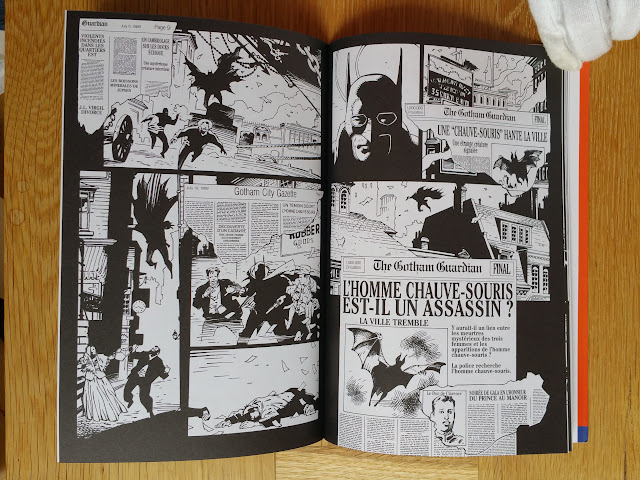 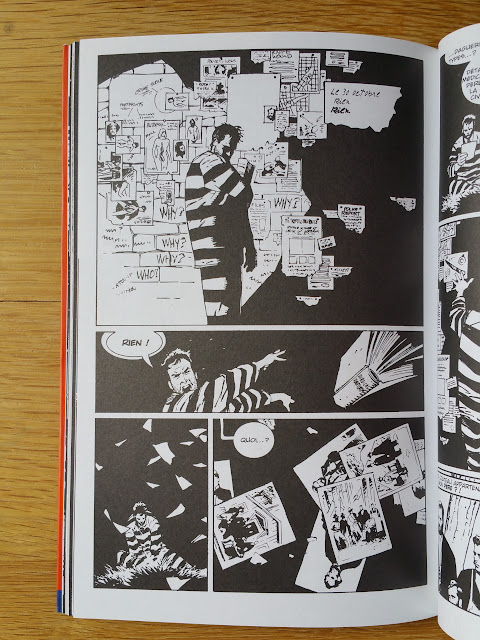