Three versions of this reprint have been produced: the regular edition with restored coloring (I don't own this edition), the collector edition with an additional slipcase and virgin cover (limited to 500 copies), and the RAW edition limited to 250 copies (this last information comes from the publisher as there is no mention of the print run for the RAW edition, and both editions are not numbered). To my knowledge, this story printed in B&W is a worldwide exclusive. Notice also that the regular and collector editions feature the new cover drawn by Mignola for the US 2015 reprint. 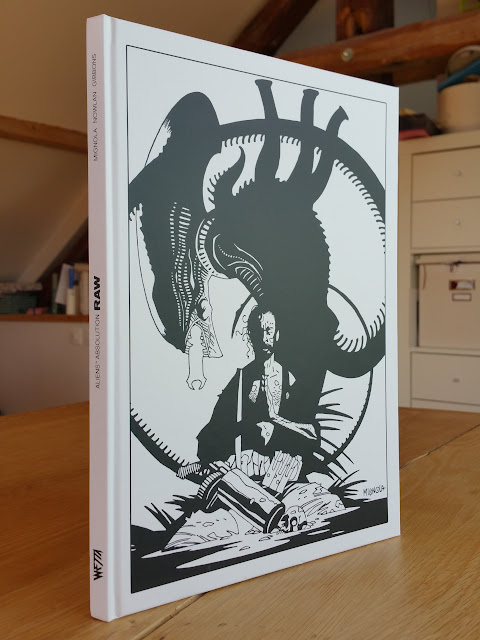 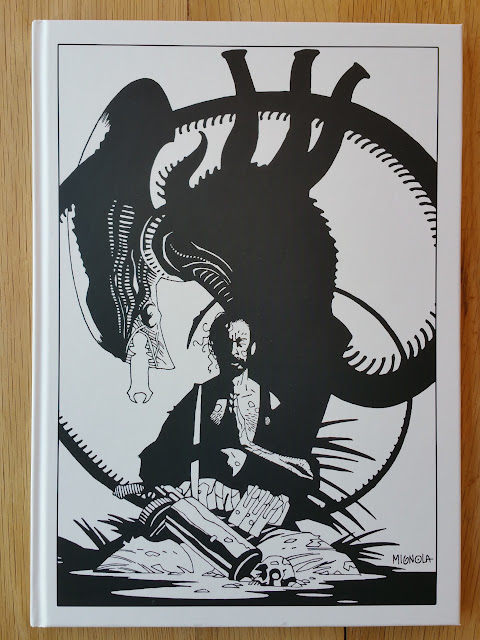 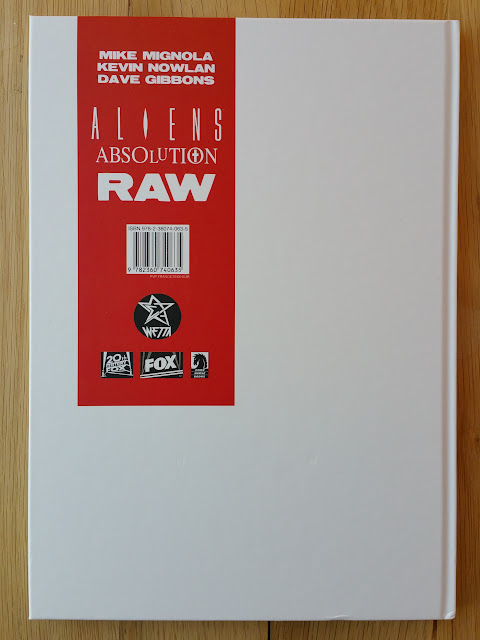 Second and third of cover are plain white. Pictures below are for size comparison with the first 1993 French edition of that story, and to show the binding. 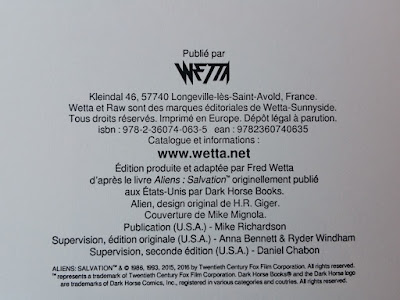 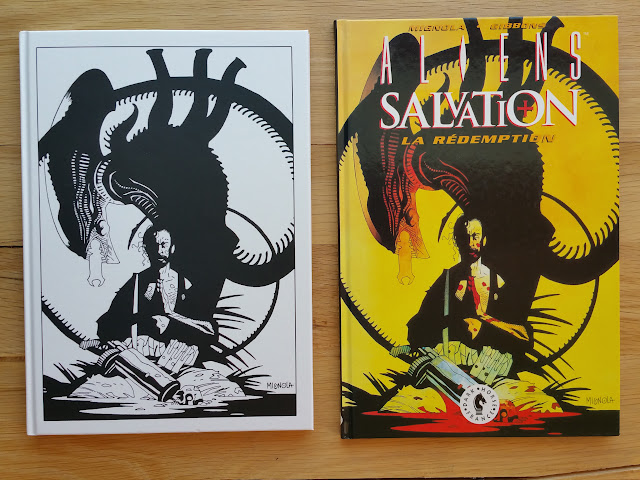 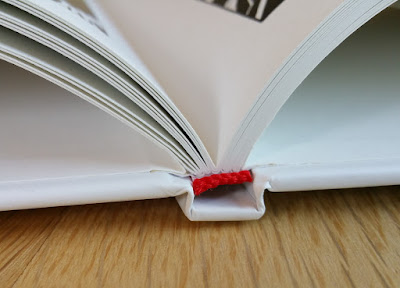 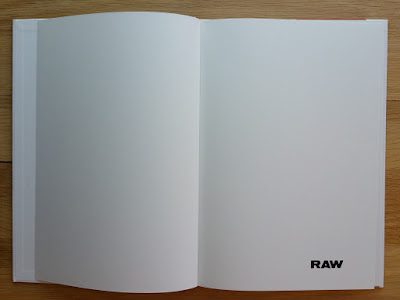 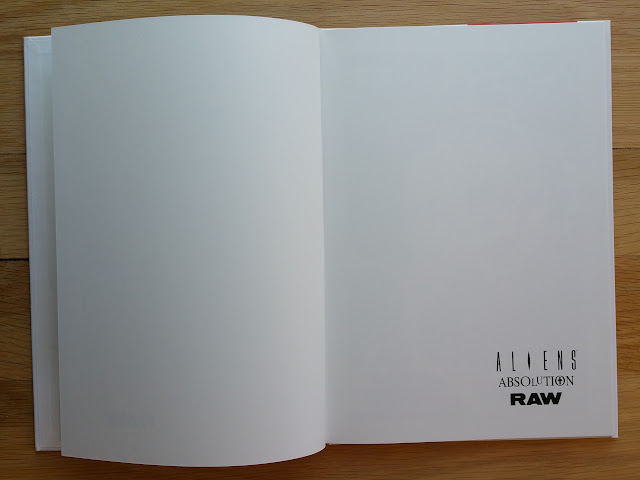 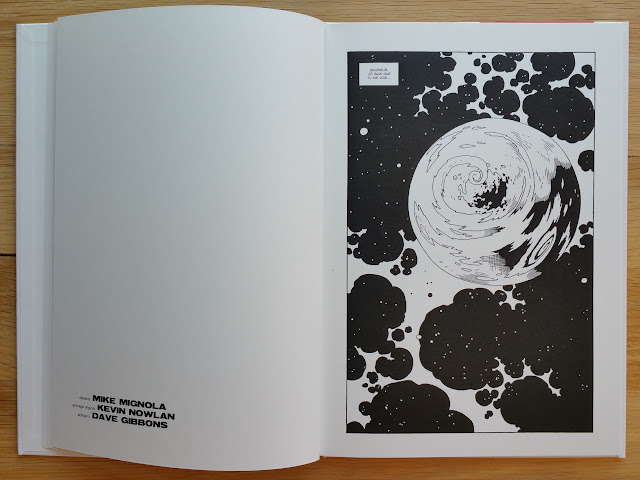 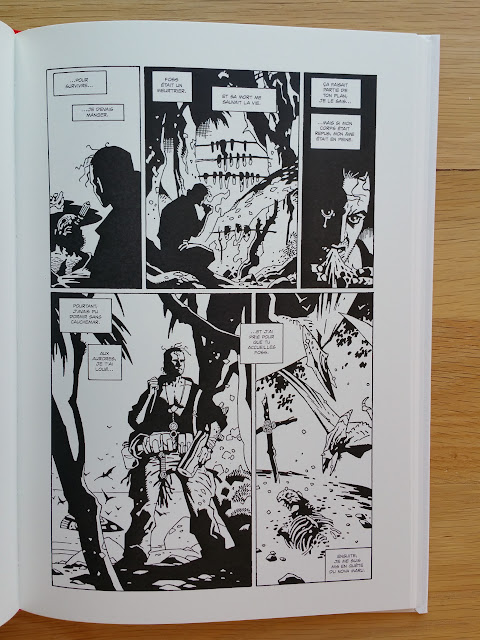 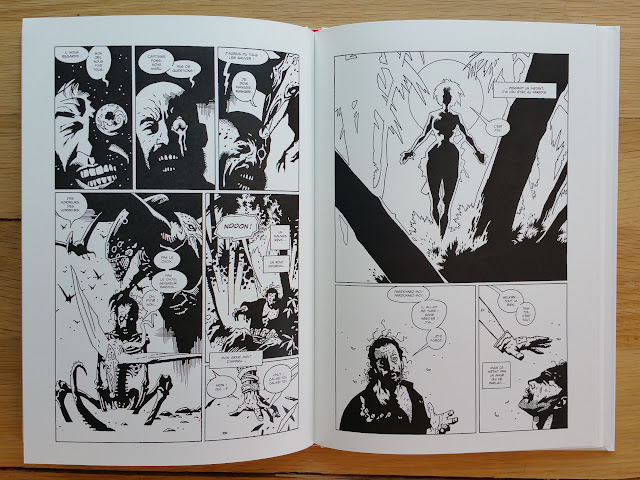 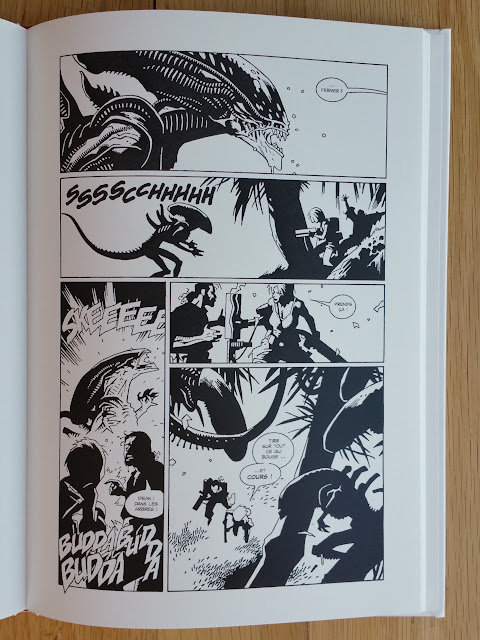 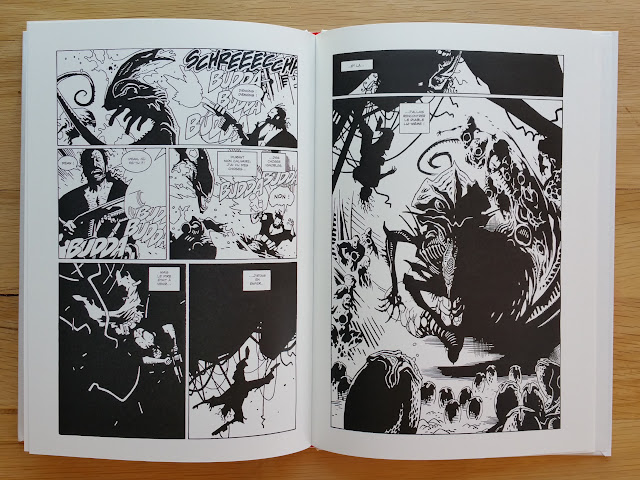 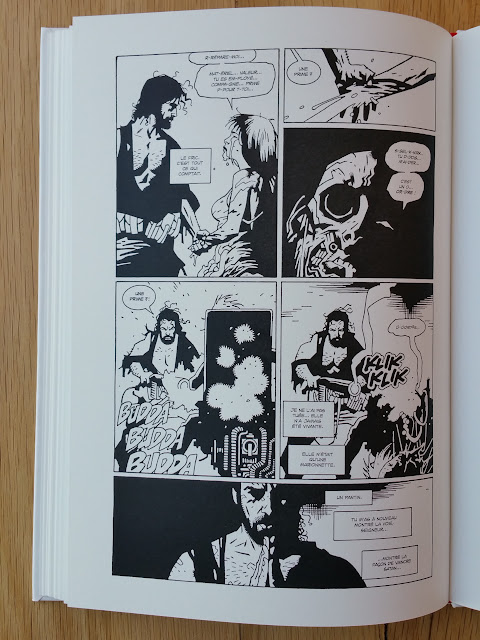 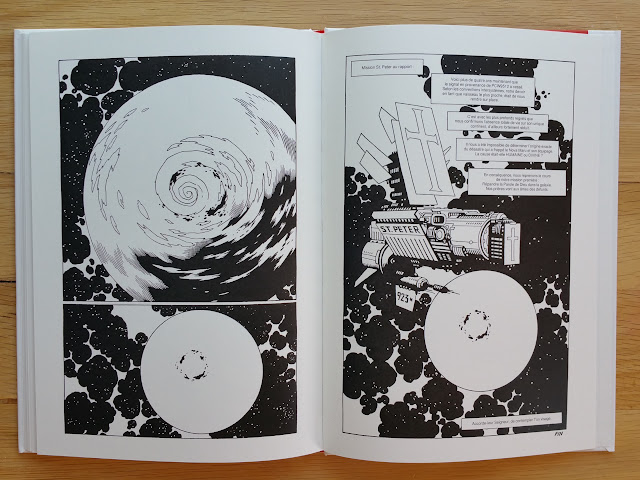 Now let's take a look at the Collector edition: 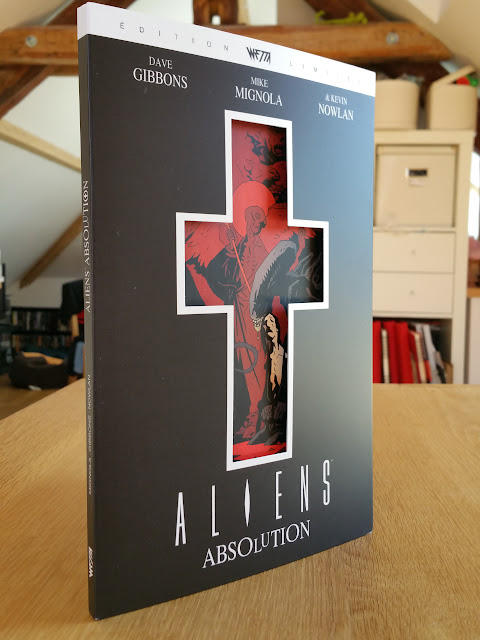 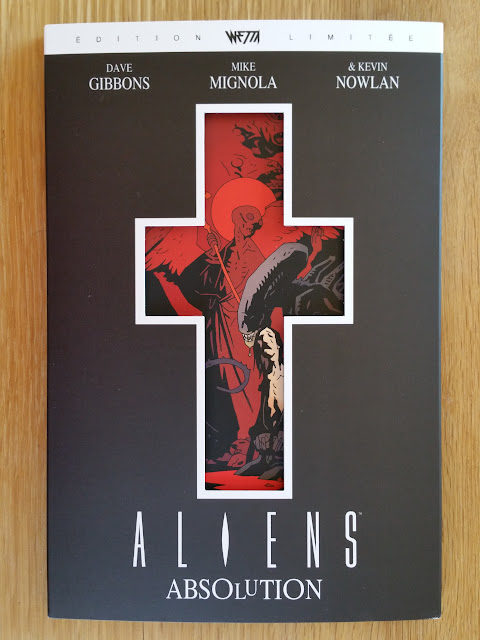 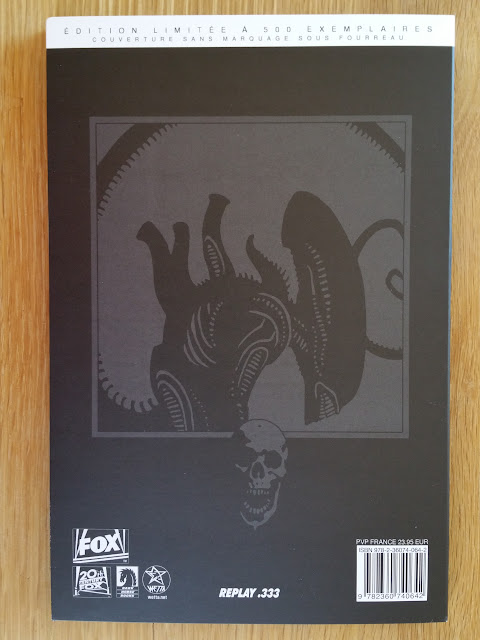 The book is smaller than the RAW edition, but features Mike Mignola virgin cover for the 2015 US reprint (conversely this collector edition doesn't features the original cover), under an illustrated slipcase made with a very thin cardboard material. 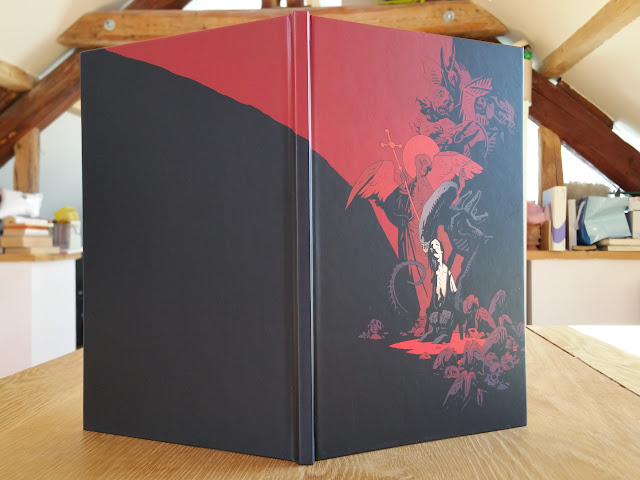 Second and third of cover are quite similar to the 1993 Dark Horse France edition (these illustrations are not in the Raw edition).


The 48 main pages are advertised by the French editor as restored in term of coloring. This feature is explained here (in French), but to sum up, let's just say that the restoration has been made from the 2015 US reprint, as the coloring here looks quite the same than the 1993 French edition. 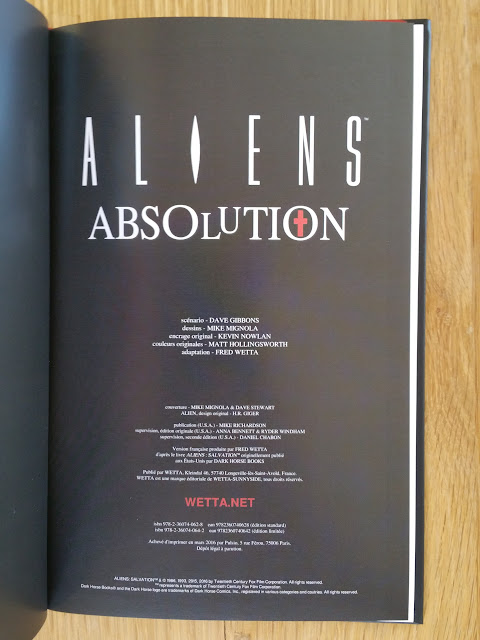 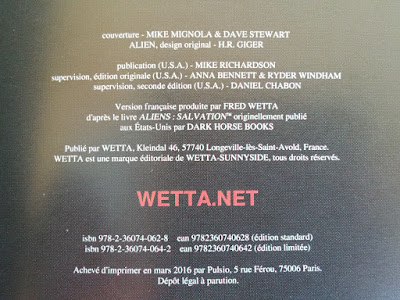 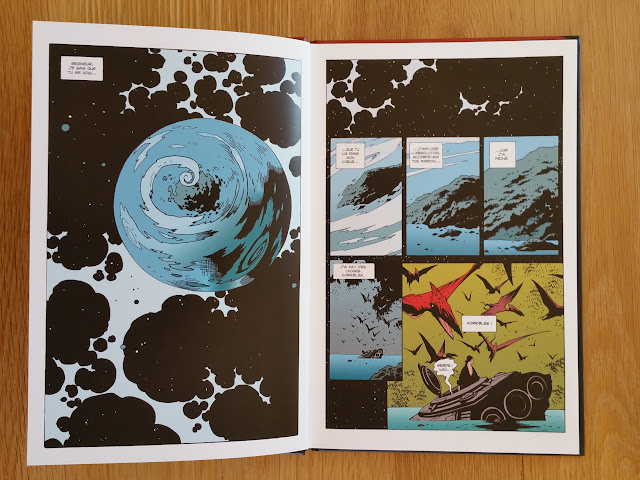 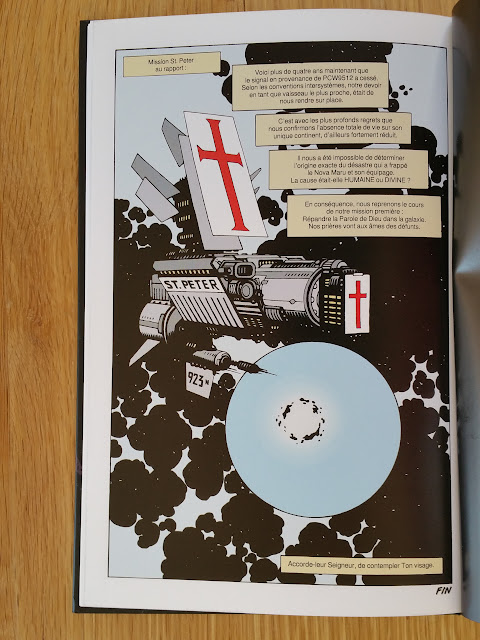