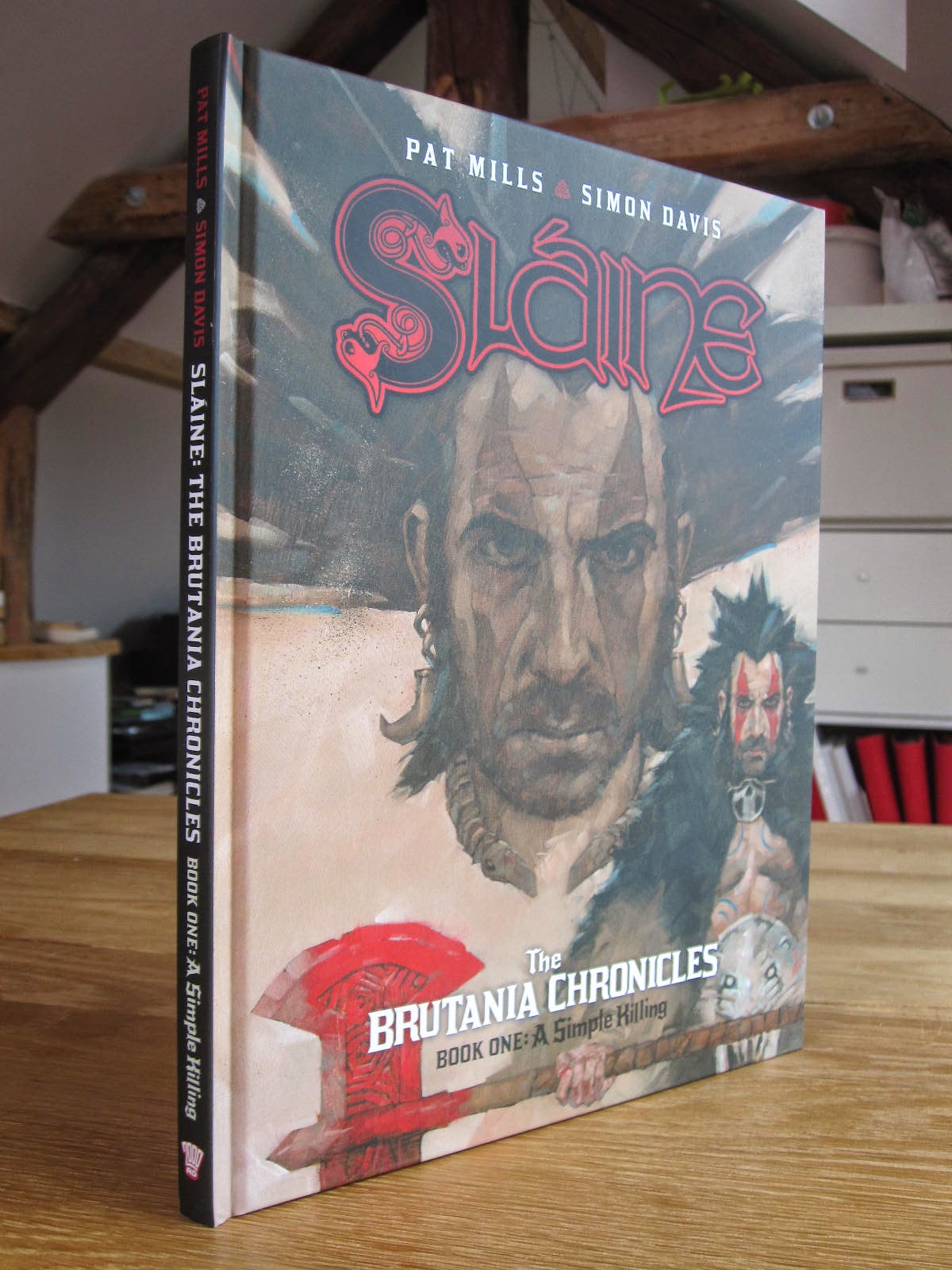 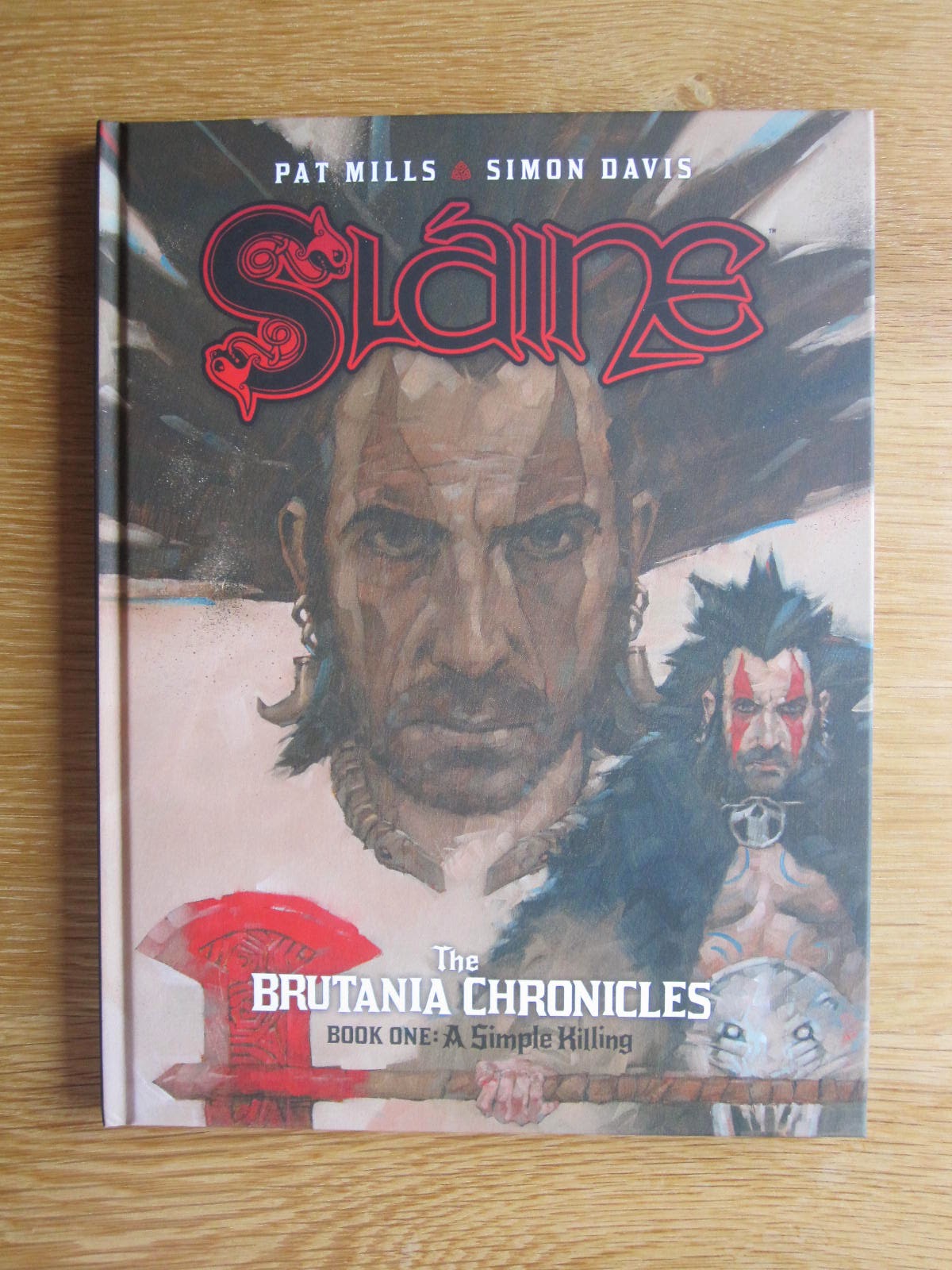 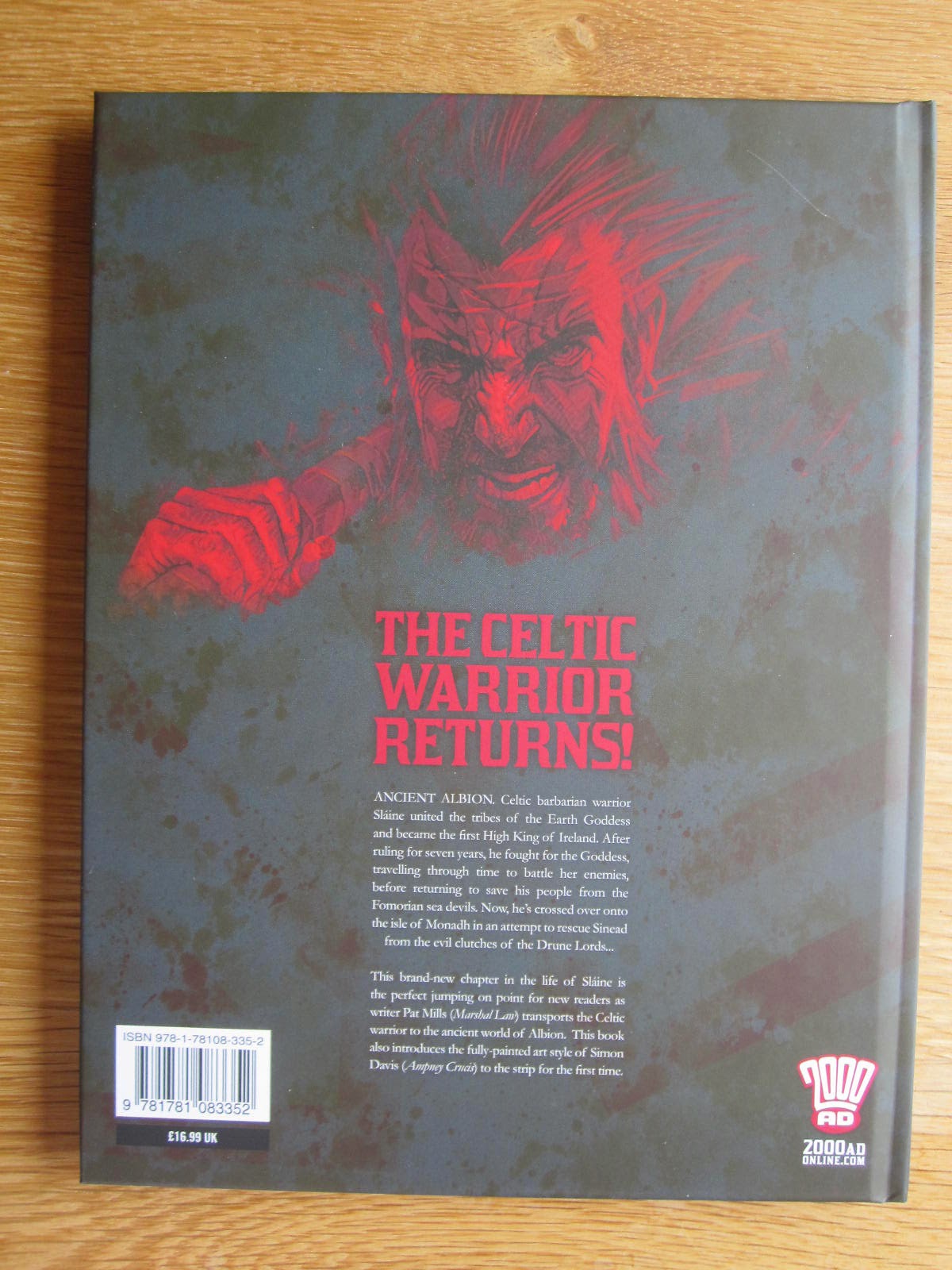 Published by Rebellion in January 2015 (ISBN 978-1-78108-335-2, 11.2 x 8.3 inches or 28.5 x 21.5 cm, 112 pages, 21.99£) this hardcover edition was limited to 200 copies and could/can only been purchased through 2000 AD online web shop. It was advertised as featuring "a numbered bookplate, and a special newly commissioned Sláine art print signed by the artist Simon Davis", but to better described it, it features a numbered signed Simon Davis bookplate/art print (mine is #69) and an additional numbered sticker on the second of cover (that is not what I would call a bookplate myself but English is not my mother tongue). Note that in fact, the sticker has been put on the regular edition of this book as they share the same ISBN. 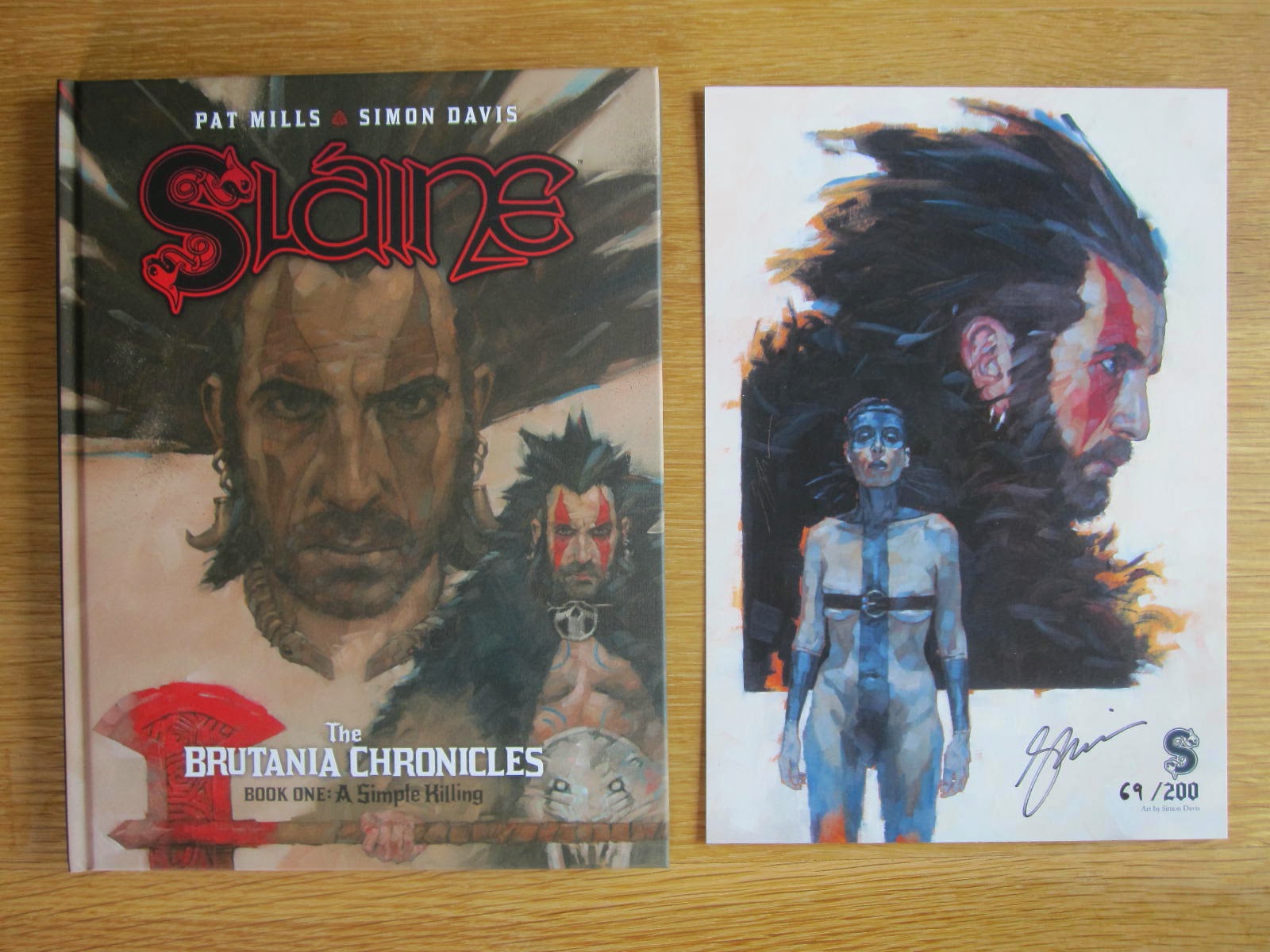 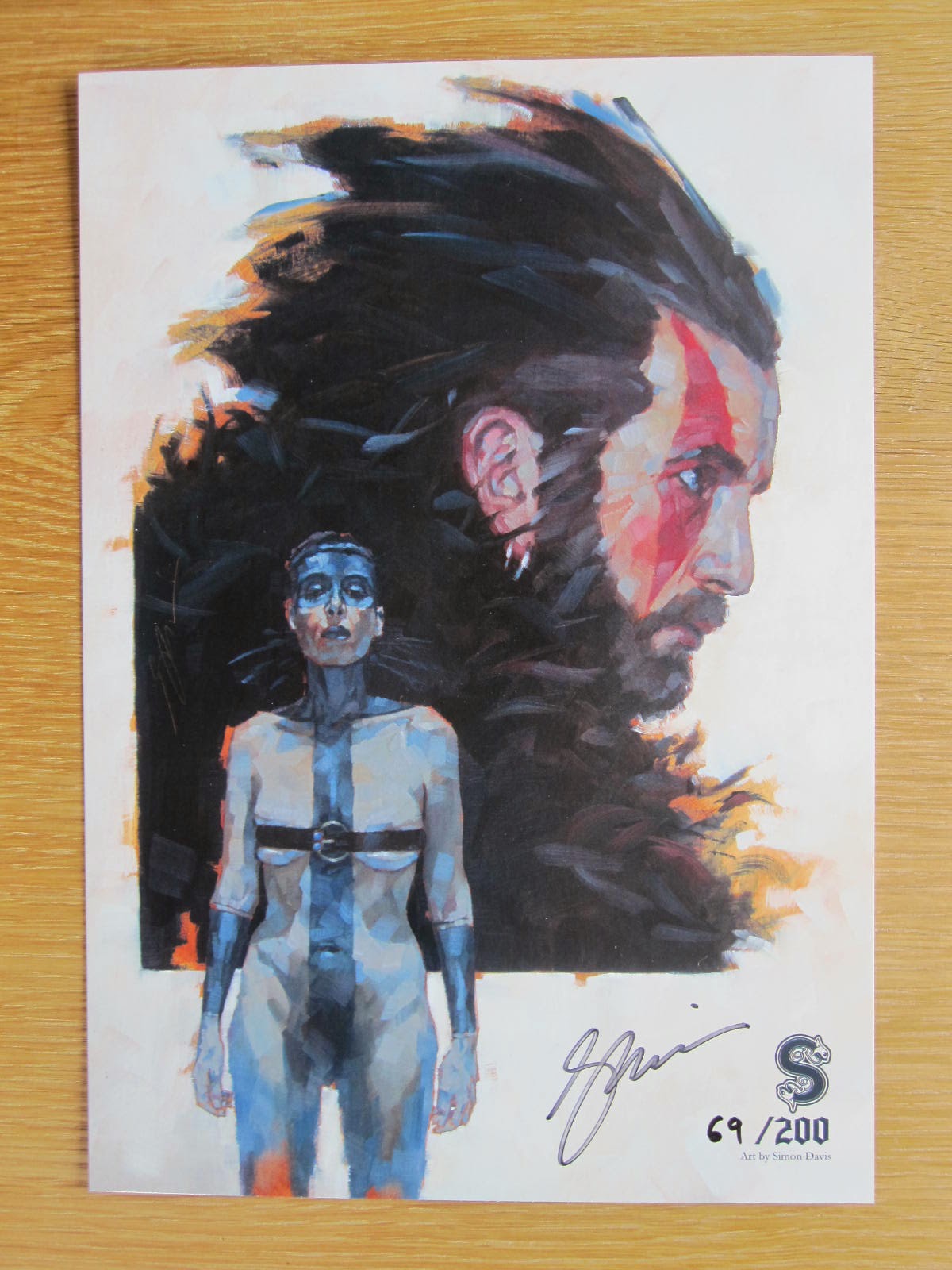 The book is printing on thick glossy paper. Second and third of cover use different illustration. One of the pictures below is for size comparison with 2000 AD #1880 (the weekly magazine where this story was first published), and the other one is a zoom of the binding (very nice quality stuff here). 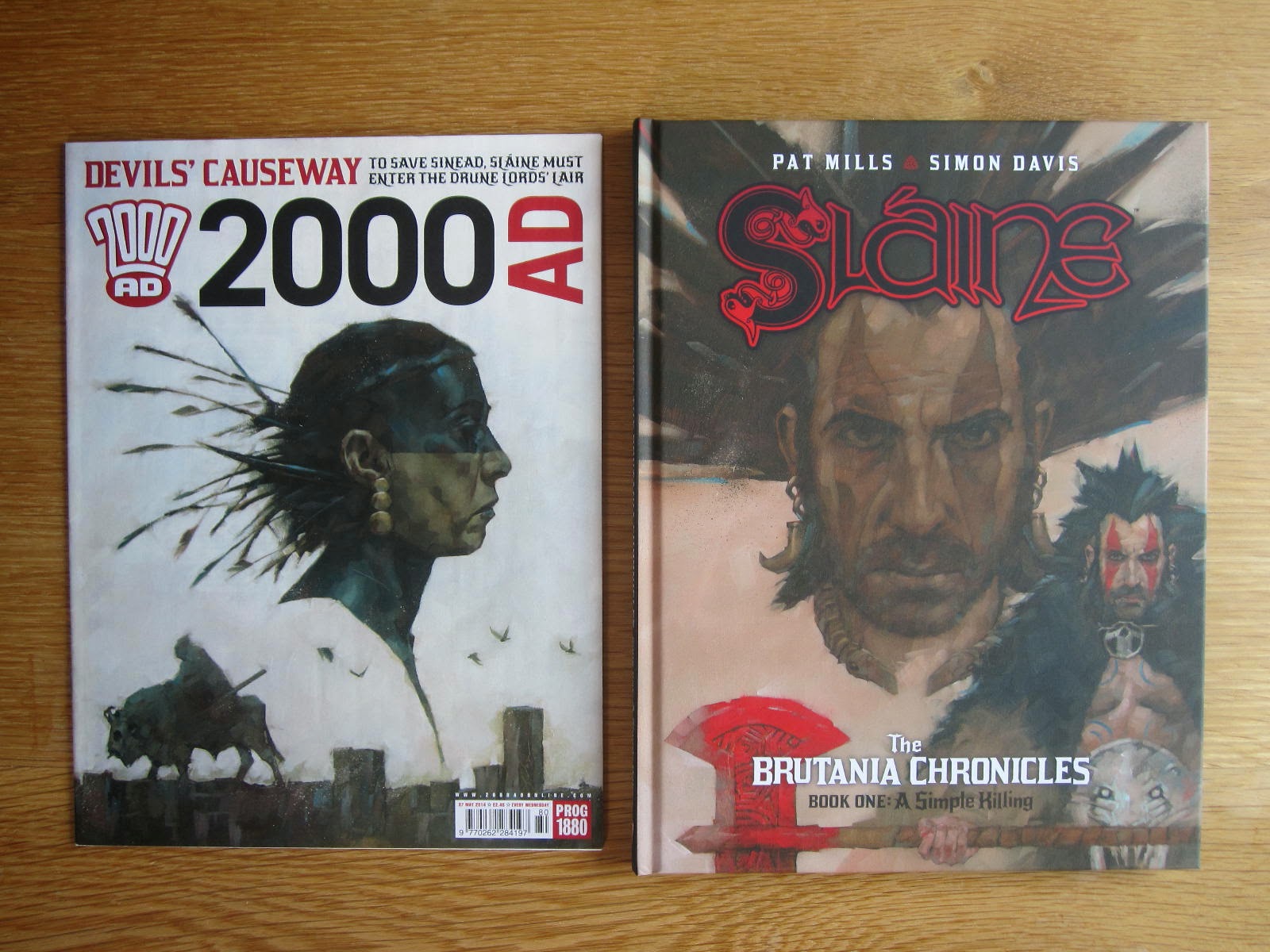 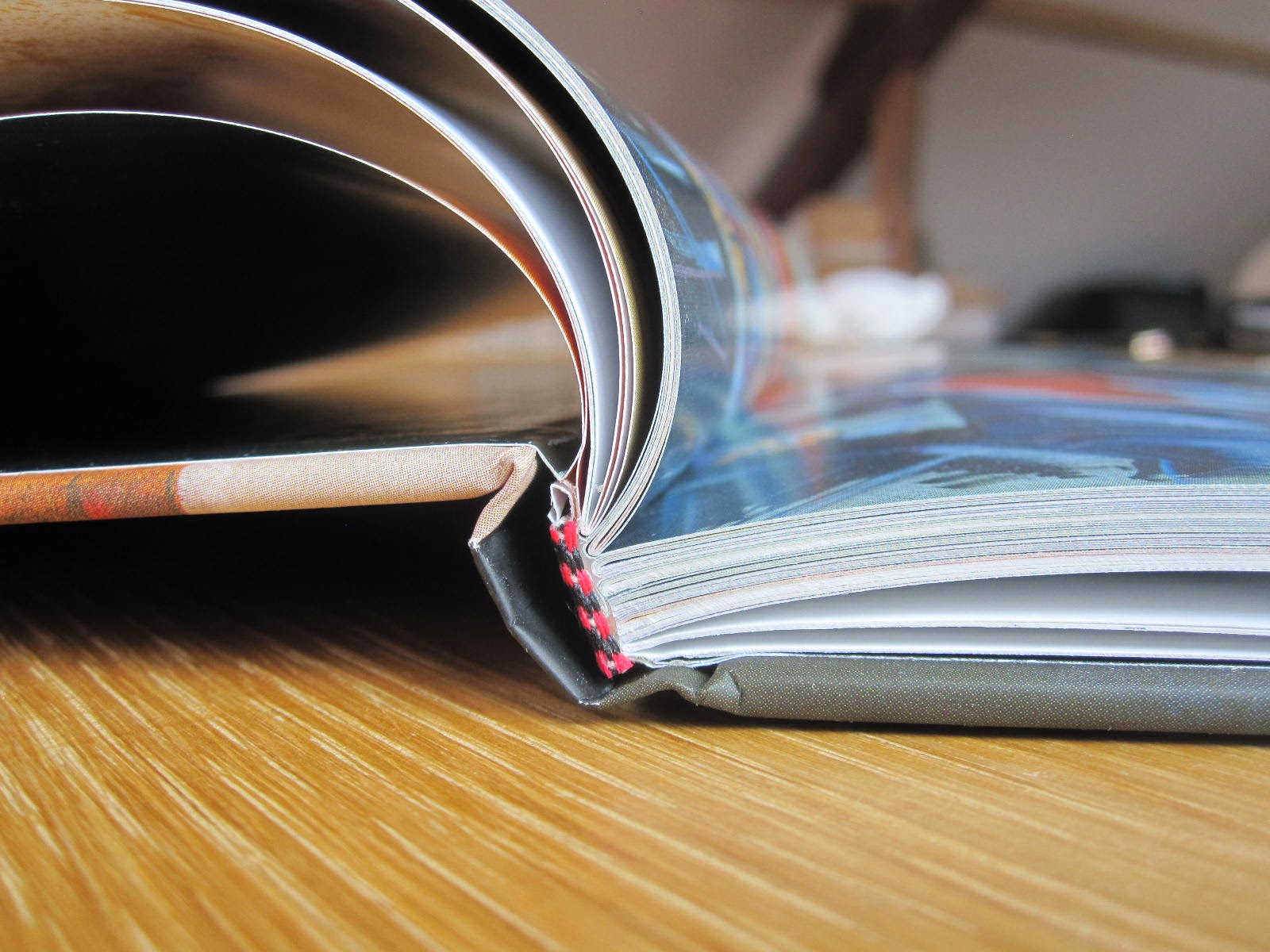 This hardcover edition, designed by Simon Parr and Sam Greton, is introduced by Pat Mills (one page dated September 2014). 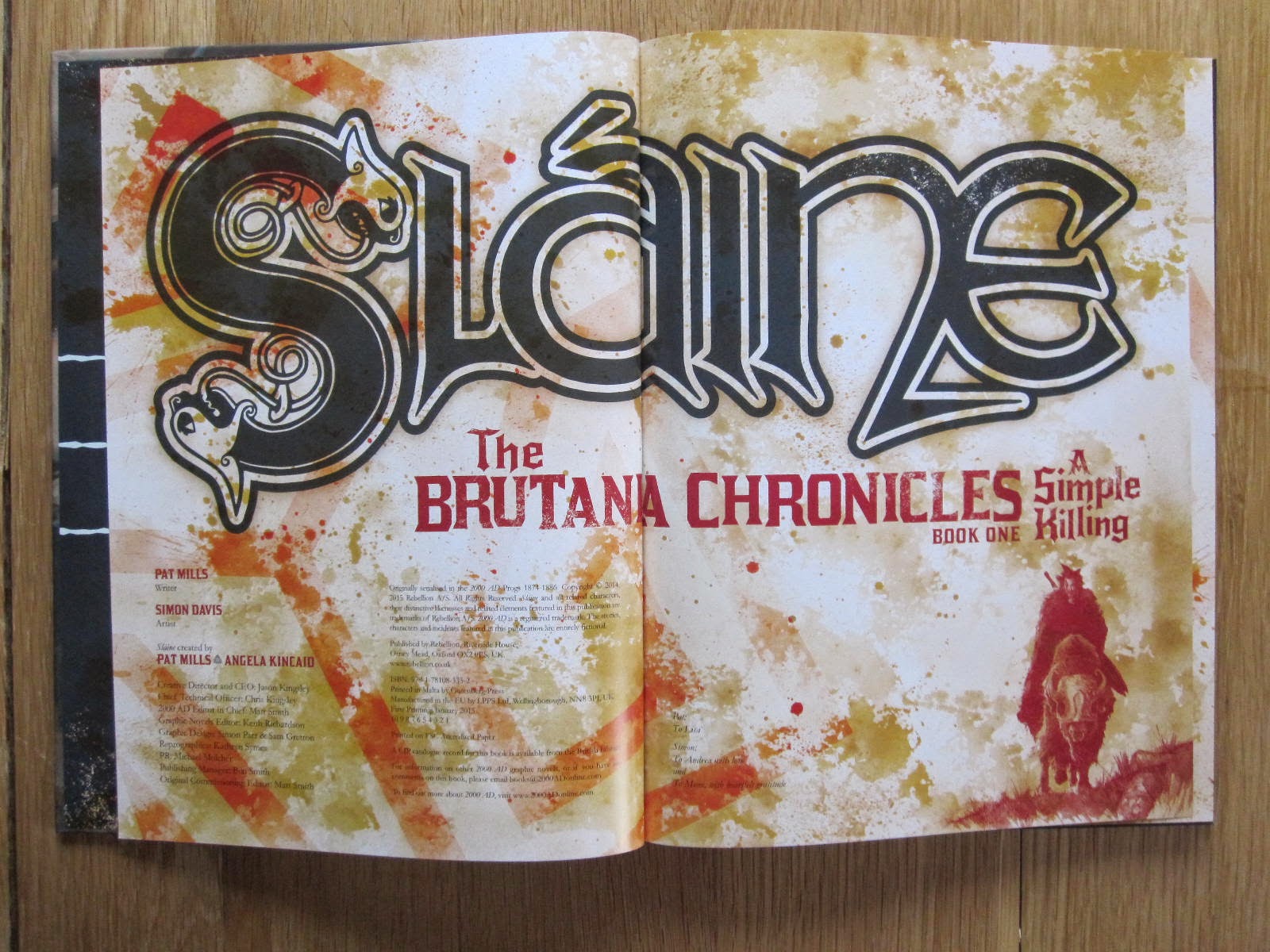 A Simple Killing is the first Sláine story drawn by Simon Davis, originally serialised in 2000 AD #1874-1886. Notice that the art displays a lot of double page spreads so some transition pages have been added in this reprint to avoid the separation of the spreads. 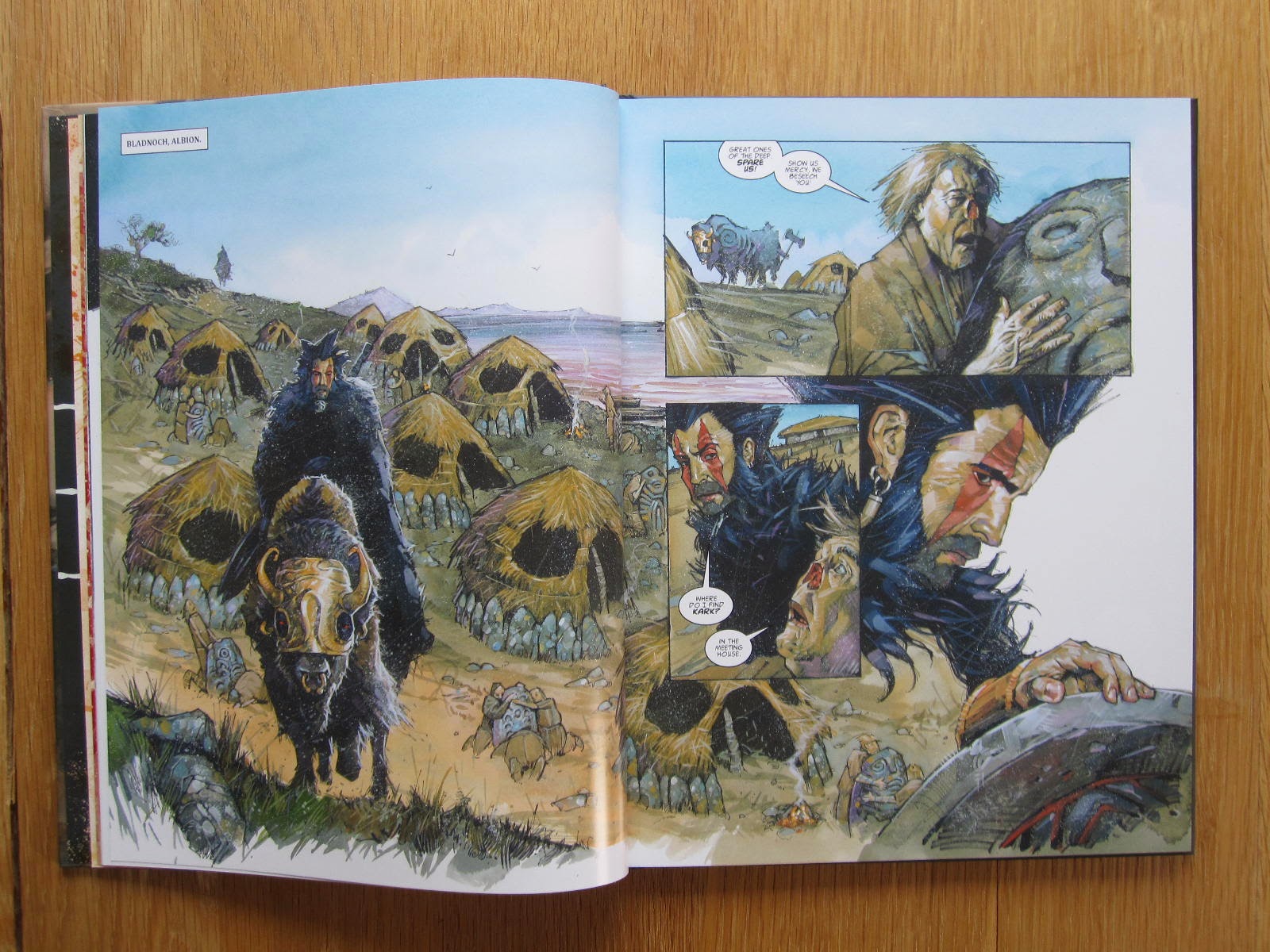 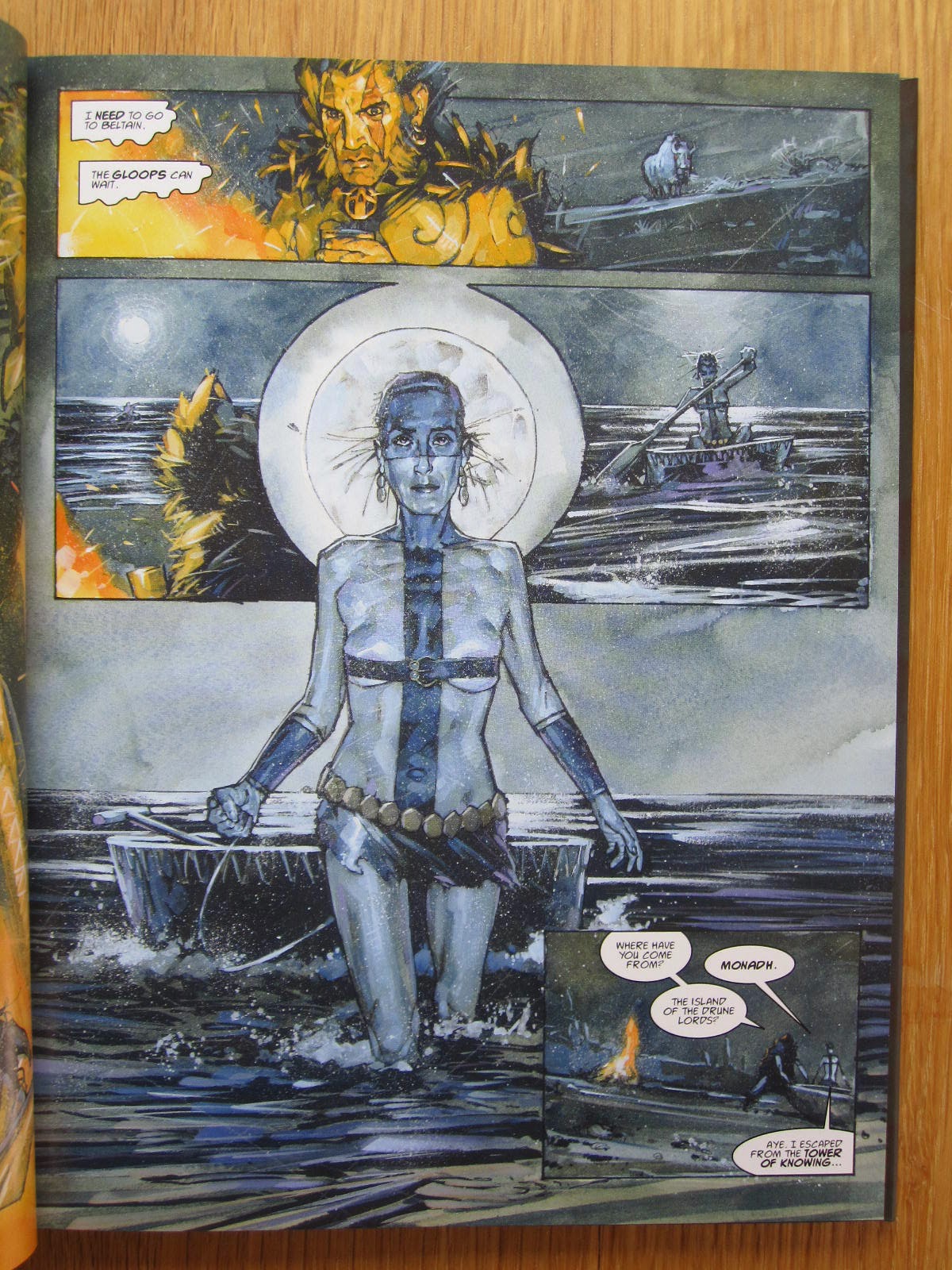 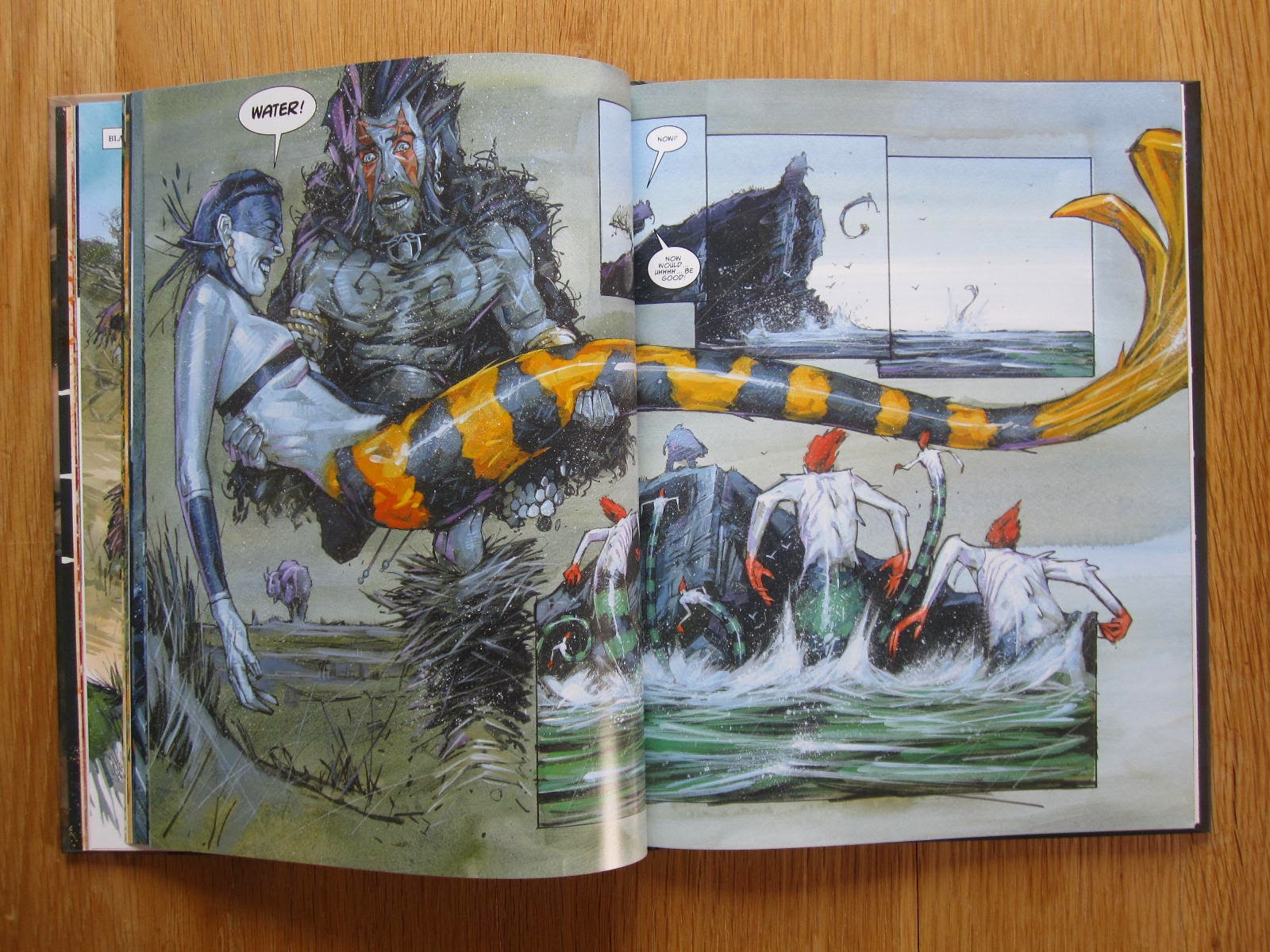 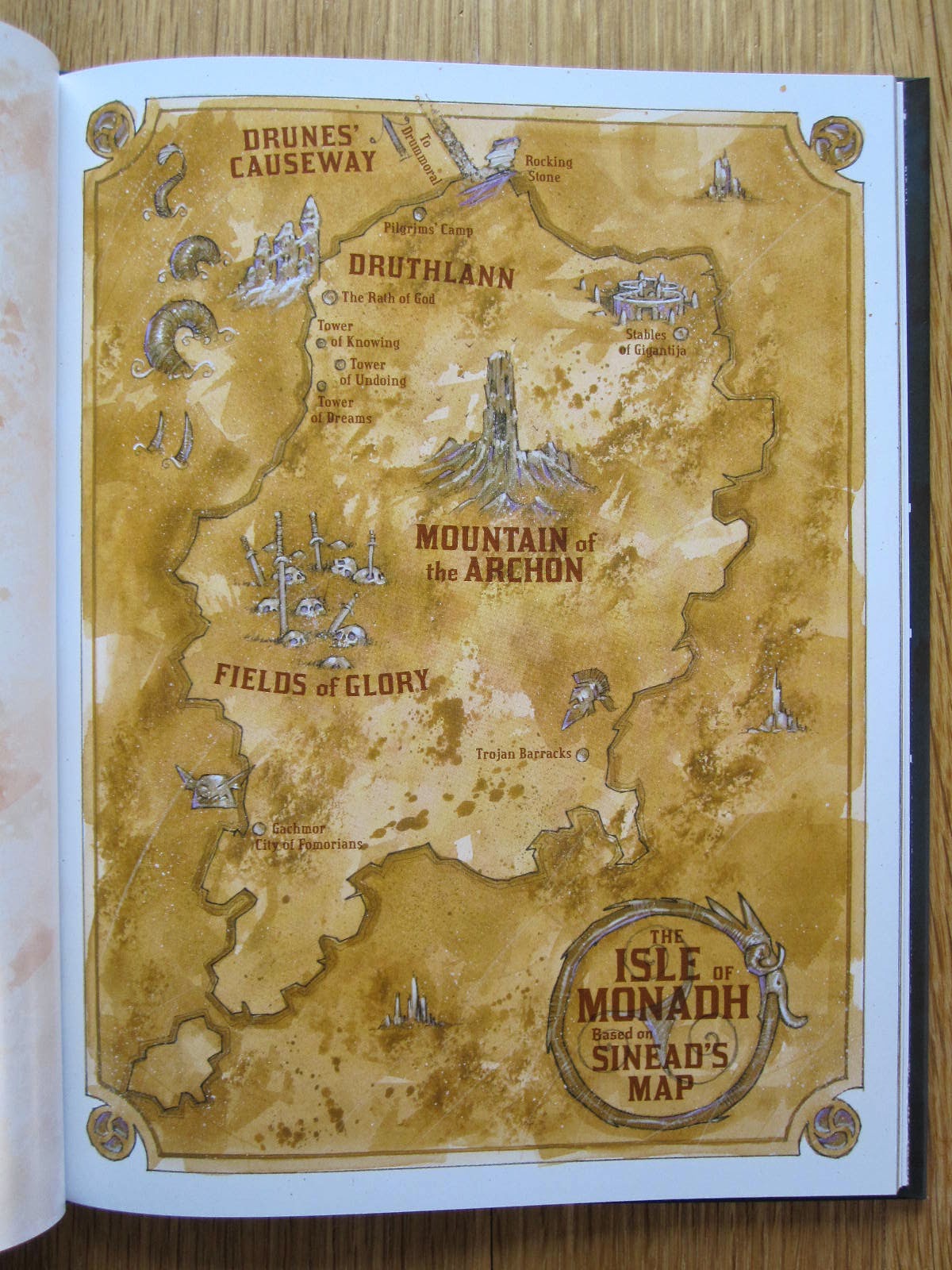 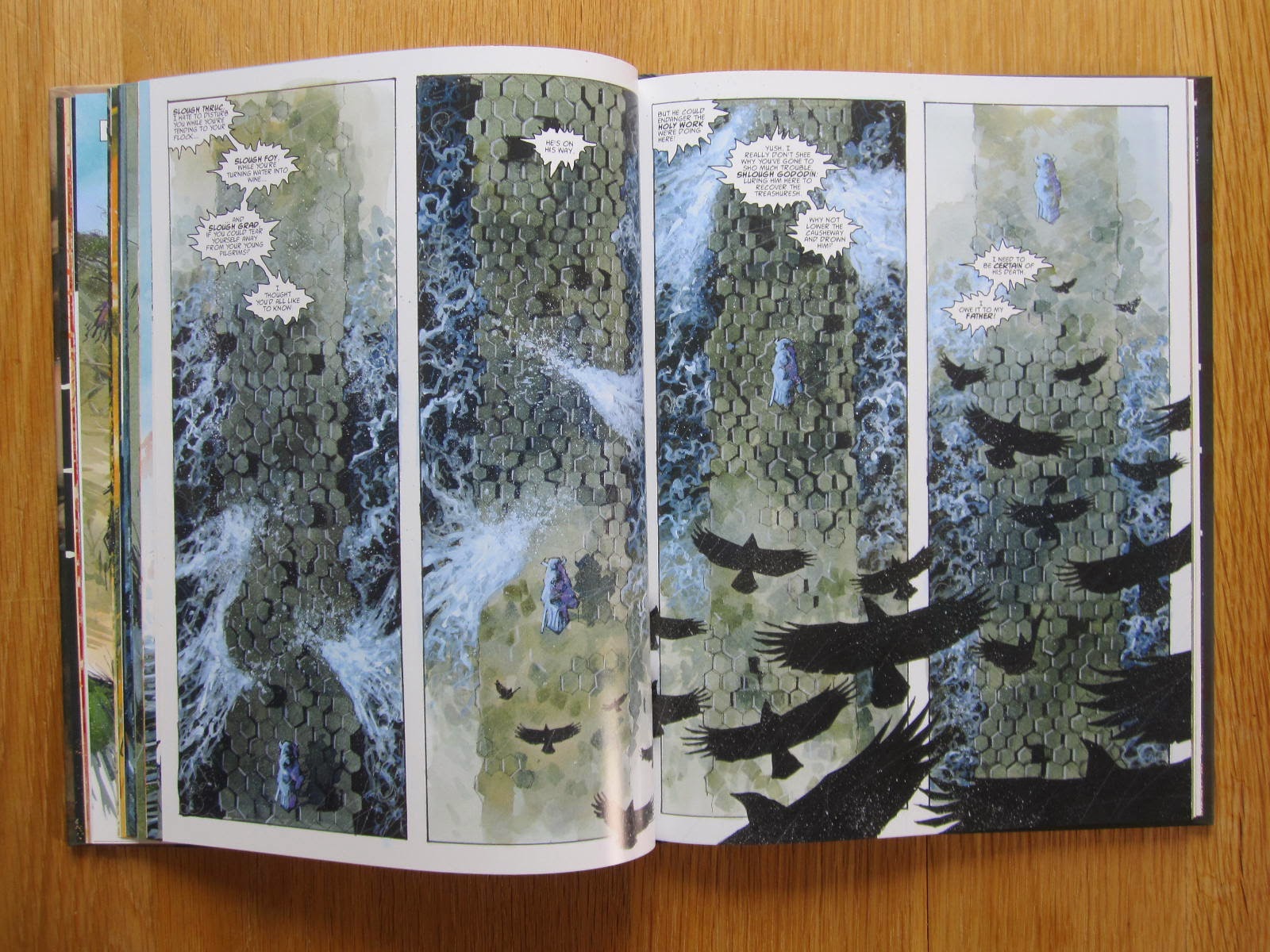 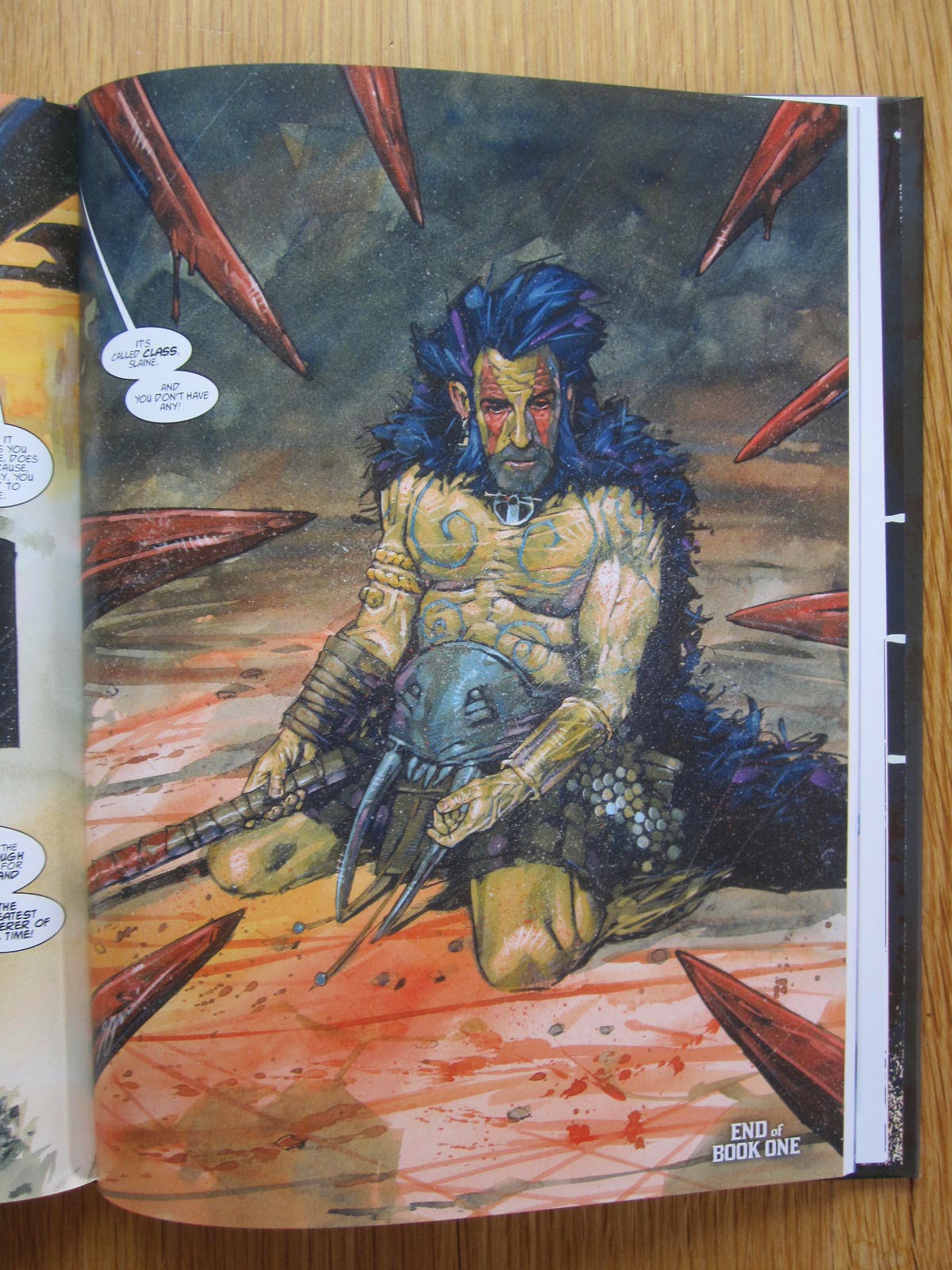 The 25 pages extra section features Simon Davis' cover gallery and sketchbook, and is introduced and commented by the artist himself. The book ended with a one page short biography of the authors. 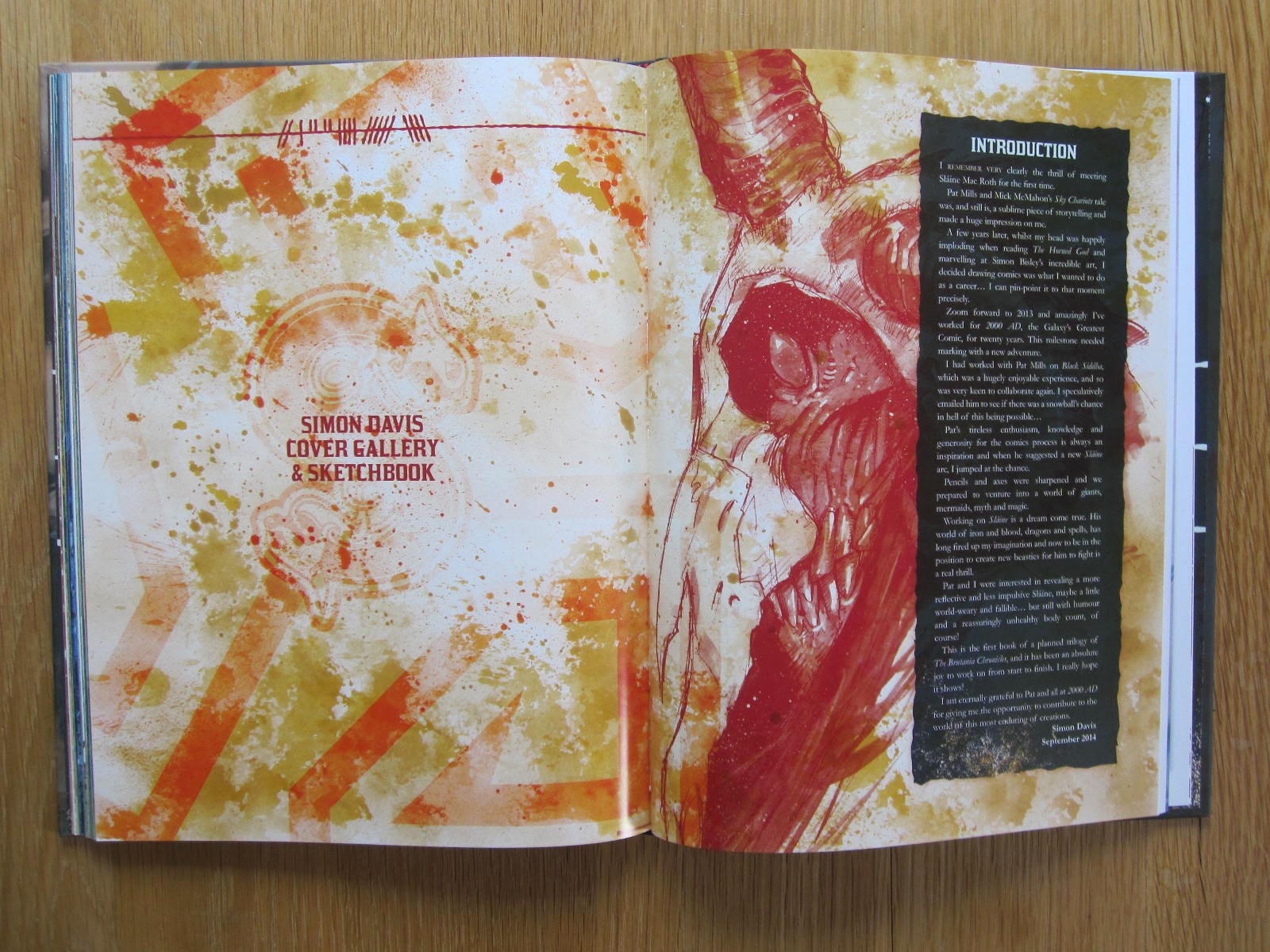 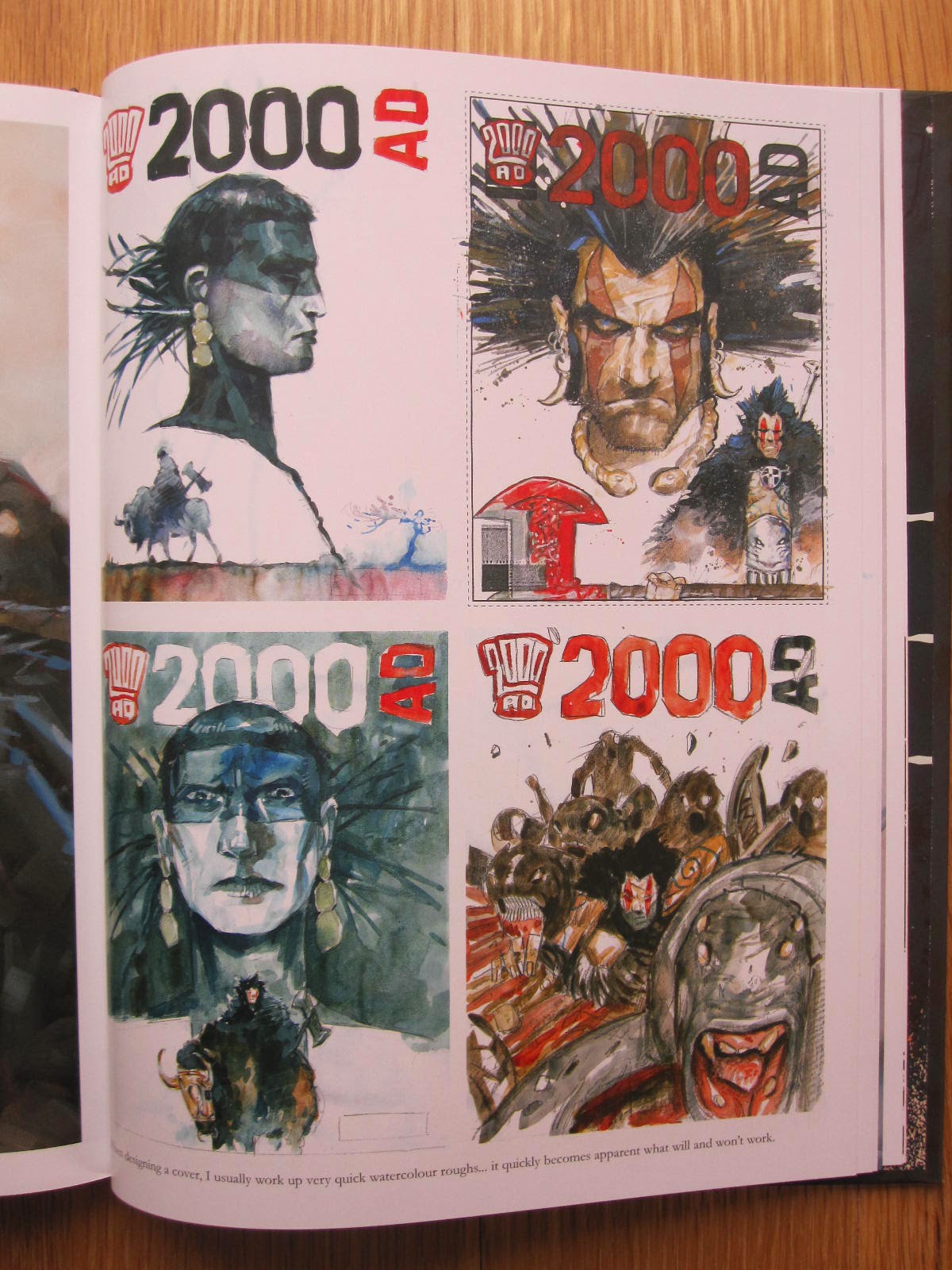 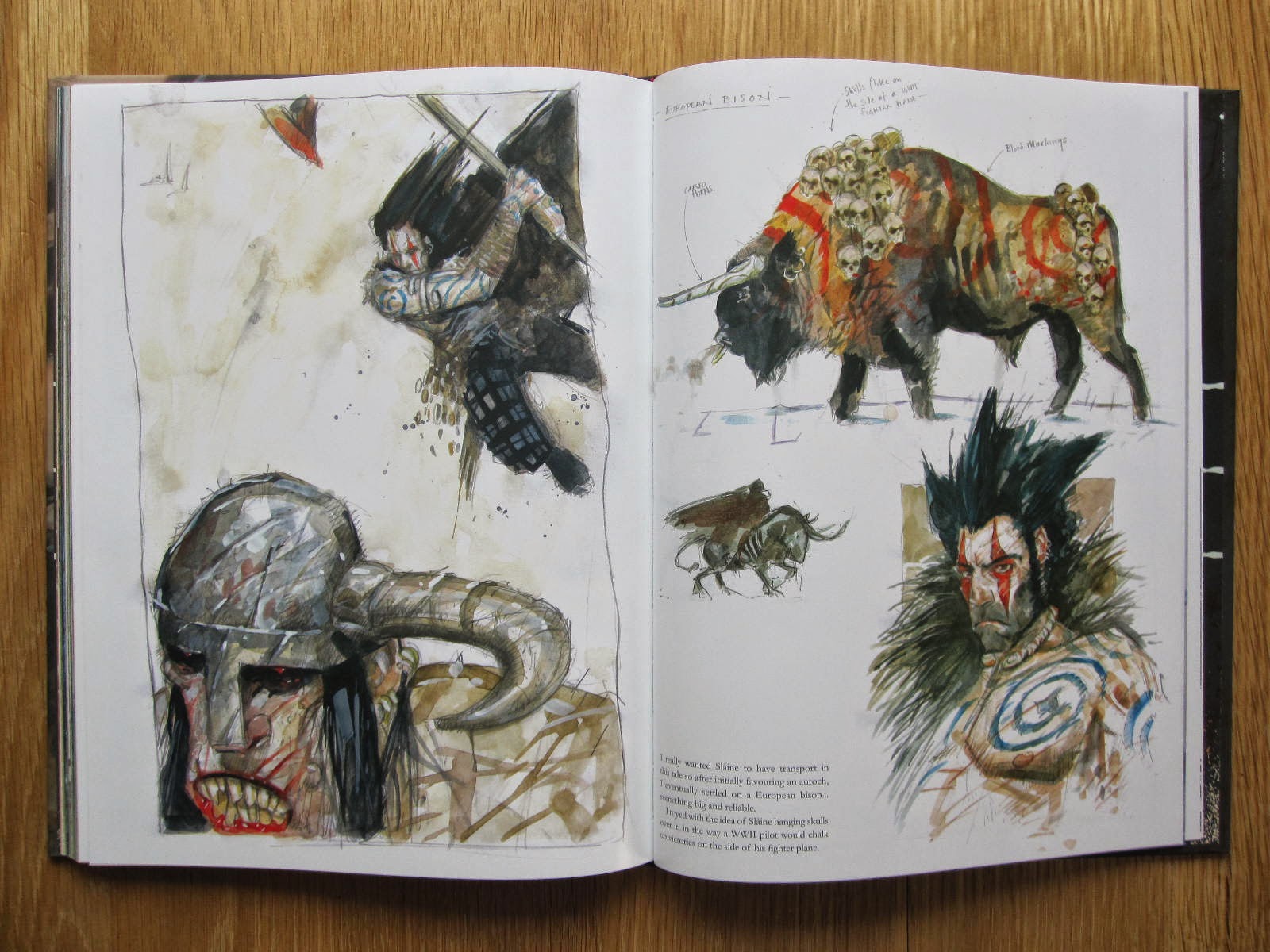 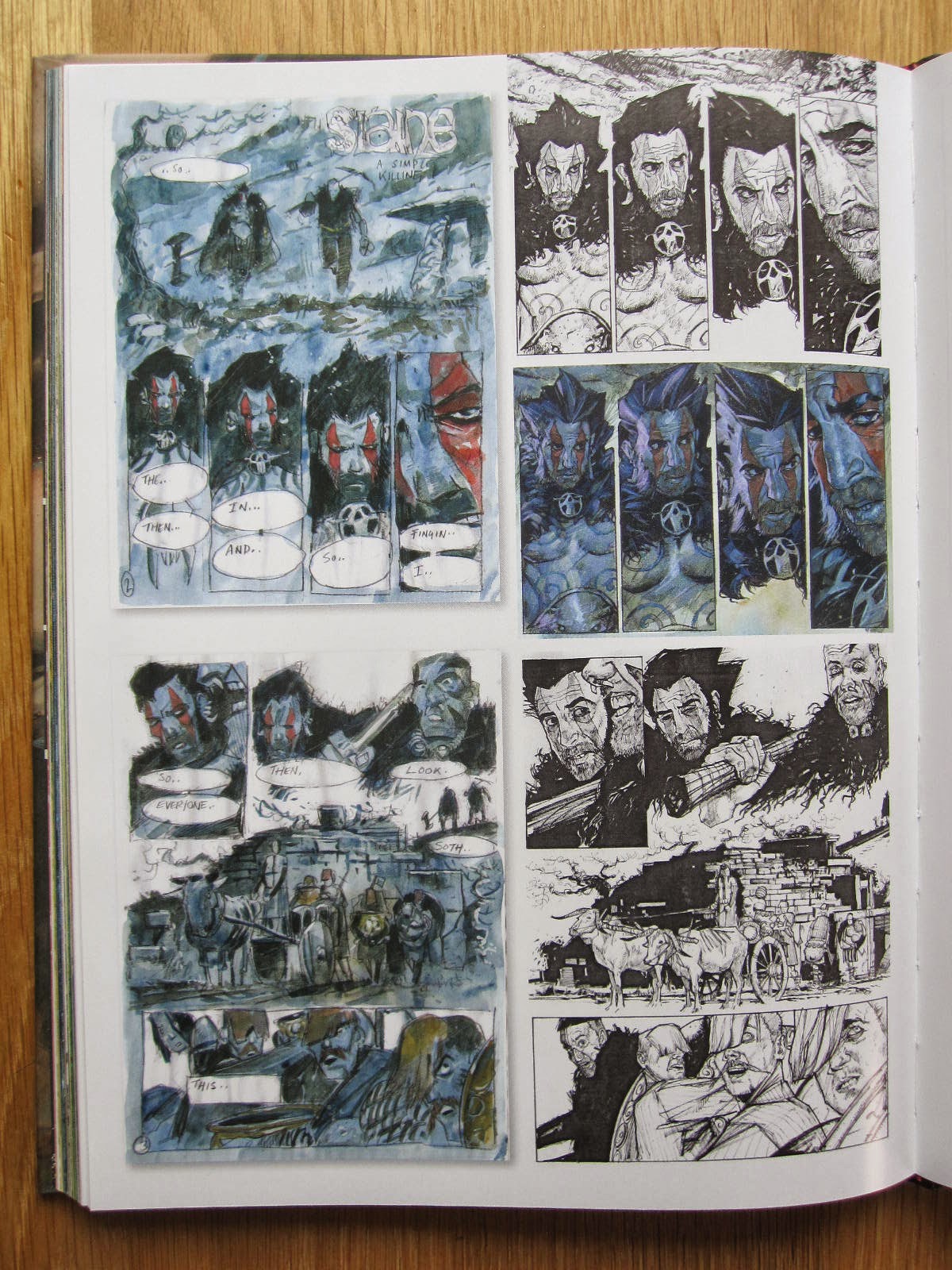 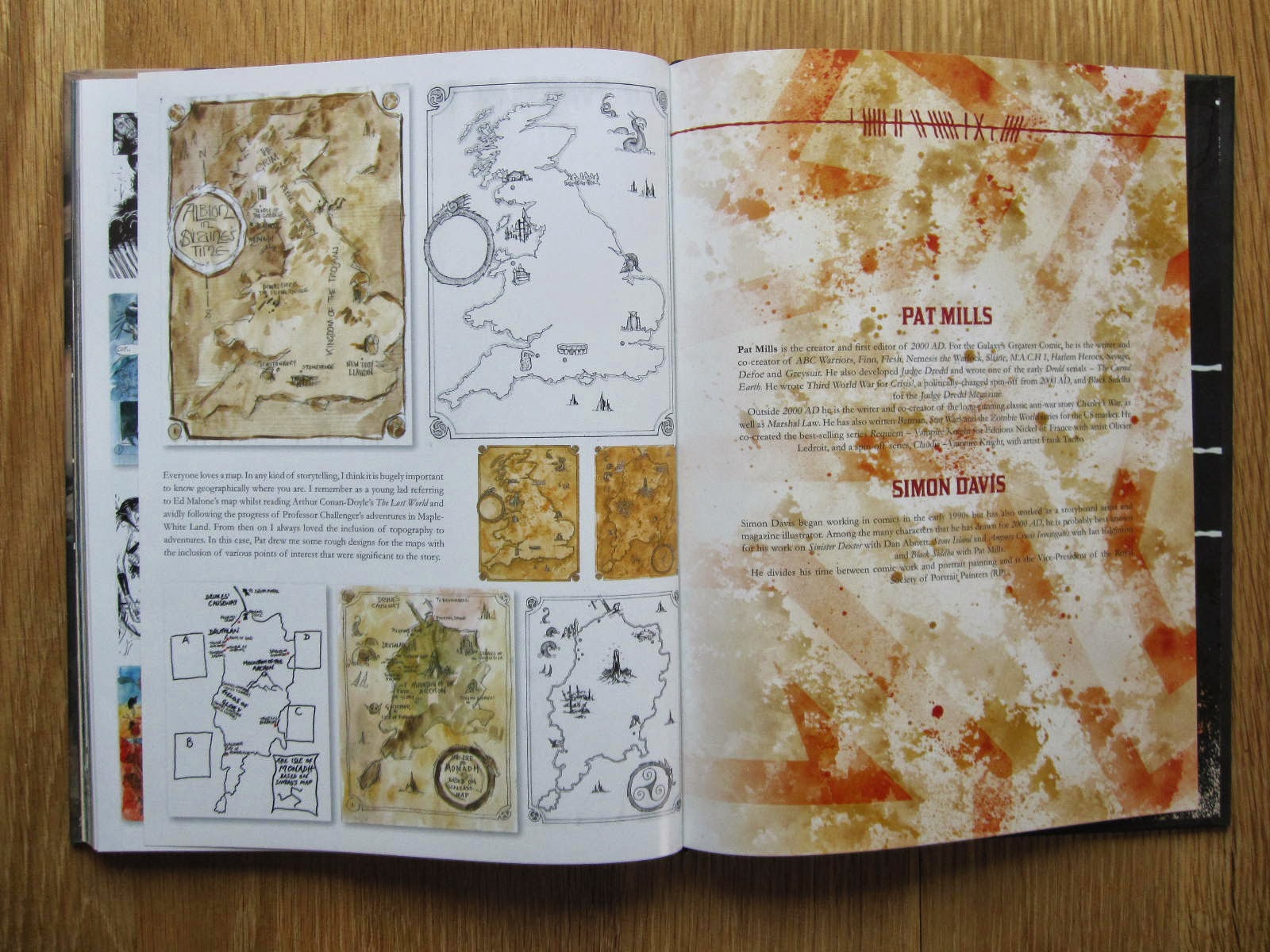